James Corden has been on fire lately, with a successful night of hosting the Tonys under his belt, and an ongoing series of Carpool Karaoke videos that tend to go viral. But on his late-night show Tuesday, Corden got served in an epic rap battle with comedian Kevin Hart.

The two traded pointed barbs about each other’s success (or lack thereof), with Corden going for the jugular by lampooning Hart’s short stature. Hart was quick to react with his own burns about Corden’s, well, size.

“James Corden thinks I look like a kid,” rapped Hart. “Well, I might be small, but my bank account’s big.”

To which Corden came back: “I know you have money — I got money too — but you probably save a lot by wearing children’s shoes.”

Hart is promoting his new buddy comedy with The Rock, Central Intelligence, which hits theaters this week. The duo has been traipsing around the world to drum up press for the movie, which Corden was quick to note.

“I hope you thank The Rock, honestly. Because of him, you’re in a movie people might actually see,” Corden threw down.

But ultimately, the crowd was feeling Hart’s flow, and he was crowned the winner. Watch the full battle above. 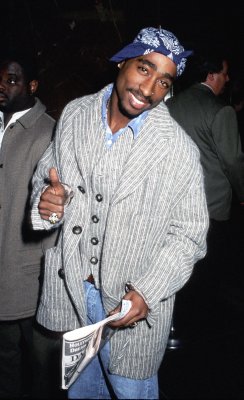 Watch the First Teaser for Tupac Biopic All Eyez on Me
Next Up: Editor's Pick