Over the course of the past few seasons of Game of Thrones, Varys and Tyrion have become one of the show’s most dynamic duos. After escaping the chaos of King’s Landing together, the two were forced to find their separate ways to Meereen before reuniting again to rule over the city in Daenerys’s absence. Alas, in “No One,” the eighth episode of Thrones‘ sixth season, it was revealed that their comedic banter would be put on hold for the time being, as Varys departed Meereen on a mysterious mission to (supposedly) recruit allies for Dany in Westeros.

However, the Spider’s intentions may not have been as pure as he made them seem. Throughout the series, Varys has always made it clear that his loyalties lie with the realm, meaning he will do whatever is necessary to maintain peace in Westeros. And after his recent confrontation with the Red Priestess Kinvara, it stands to reason that he may no longer believe Daenerys is the best ruler for the seven kingdoms.

Referencing a scene from season two in which Varys tells Tyrion he can think of no one worse to sit on the Iron Throne than Stannis, a man who employed the dark arts — a.k.a. the magic of the Lord of Light — to gain power, one Reddit user posits that Varys is actually intent on sabotaging Daenerys’s journey to Westeros. “Varys repeatedly says that he serve[s] the realm,” Ariskov writes. “He ignores all kinds of right[s] to rule, names, laws and only keeps the peace [and] interest of the realm as [his] sole criterion. It doesnt sound right that he would help a vengeful conqueror. Let alone a vengeful conqueror who is the [prophesied] savior of the religion he hates and fears.”

The Redditor also speculates that Varys orchestrated the attack on Meereen rather than the masters of Slaver’s Bay: “[Daenerys’s] fleet burning is quickly attributed to slave owners, which does not make much sense. They know she wants to conquer Westeros, and they know it is in their best interest that she leaves. Destroying [her] means of transportation and making sure that she stays at Slaver’s Bay longer doesnt make sense. It makes sense for someone who doesnt want Daenerys to leave for conquest soon.”

Finally, Ariskov touches on the peculiarity of the former Master of Whisperers being completely unaware of an impending attack. “Lastly and I think most importantly, A F—KING SPY MASTER who [is] supposed to know what you ate for breakfast three days ago…doesn’t know anything about dozens, if not hundreds, of ships coming at his location for an invasion,” the Redditor says. “Also this GRANDMASTER OF SECRETS AND WHISPERS AND BIRDS and sh—t leaves the city before that massive fleet arrives in order to secure alliances.”

“Battle of the Bastards,” the ninth episode of Game of Thrones‘ sixth season airs Sunday at 9 p.m. E.T. on HBO. 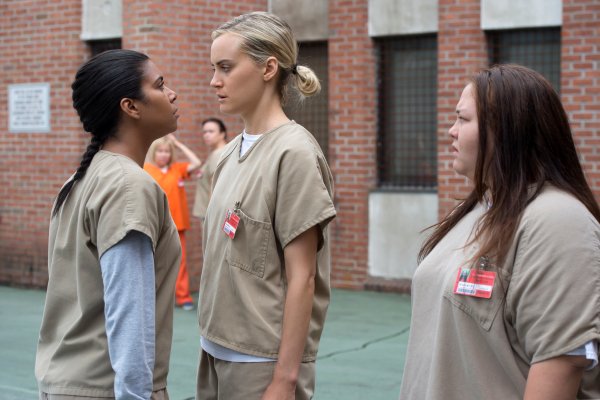 Review: Orange is the New Black Rebounds With a Majestic Fourth Season
Next Up: Editor's Pick