GOP Agrees to Vote on Gun Control After 15-Hour Filibuster

The Senate will vote on a measure banning gun sales to people on the terrorist watch list and a provision requiring background checks at shows and over the internet. Republicans may also offer their own gun control measures.

The filibuster comes just days after a shooting in Orlando that killed 49 people and wounded dozens others. Murphy, joined by most of his Democratic colleagues, recalled his own state’s loss of 27 people during the 2012 Newtown shootings and demanded a serious response.

Read More: How Connecticut Politicians Are Leading the Fight on Gun Control

Democrats in Congress have pushed the gun control issue in the days following the shooting. In the House of Representatives, Democrats walked out in protest following a moment of silence led by GOP Speaker Paul Ryan.

Despite the upswing in support for gun control many observers still expect the National Rife Association to use its sway over Republicans in the House to block any potential measure.

“I’ll push it, but it’s not going to go anywhere,” Rep. Pete King, a Republican from New York, told TIME earlier this week. “I don’t want to sound defeatist, but there’s no support for it in the Republican Party. It’s just the reality.” 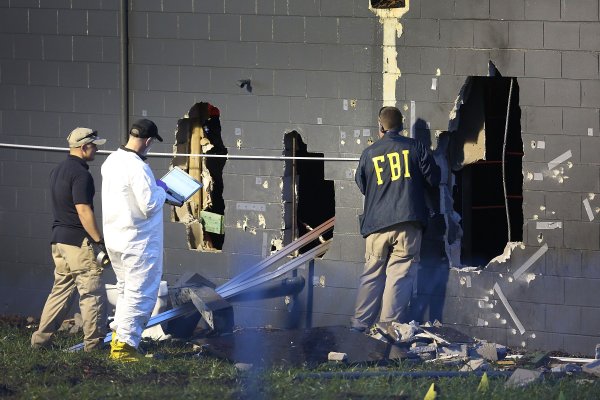