Why Did They Die?

The Gay Bar As Safe Space Has Been Shattered

After Orlando, Hillary Clinton Must Defang the Demagogue. And That’s Harder Than It looks Clinton will need more than ridicule

Seeing Sexism from Both Sides: What Trans Men Experience

Sebastian Junger Says PTSD Is Our Fault “The vets aren’t messed up. We are. We as a society”

The Hollow Alliance The historic concord between the U.S. and Europe made the West safe and rich. Now it’s in danger of collapse

Emotion and Immigration Could Drive Britain to Exit the E.U.

The Science of Loving Where You Live

Brandy Clark Has an Eye for Small Town Details

Very Hot Drinks Are a ‘Probable’ Cancer Trigger The WHO report applies to drinks including coffee, tea and mate

Interrogating an Auteur in De Palma

The Upside of All Your iPhone Pics “You hear you shouldn’t take all these photos and interrupt the experience,” says Kristin Diehl, a marketing professor at the University of Southern California Marshall School of Business. “That we’re not living in the moment.” But her research found otherwise.

Video Games’ New Gear E3, the annual games confab in L.A., was dominated this year by hardware–unusual since new consoles debuted only about three years ago.

Quick Talk with Nick Jonas The singer is out with his third solo album, Last Year Was Complicated, and appears on Audience Network’s mixed-martial-arts drama Kingdom. 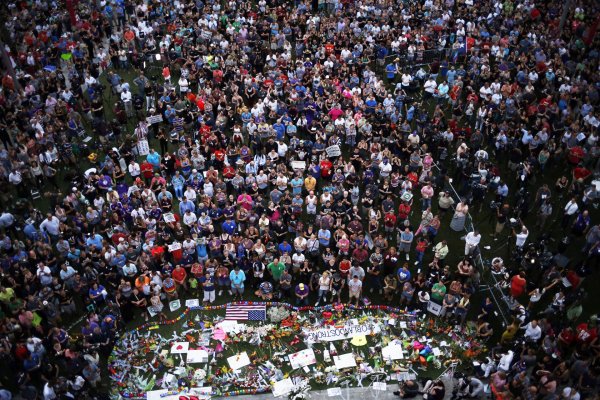 Why Did They Die?
Next Up: Editor's Pick