Interrogating an Auteur in De Palma

One needn’t suffer recurring Carrie nightmares or keep Scarface looped on the flat screen to have a good time at De Palma–a title that storms across the screen in forbidding blood red letters before introducing a title character as comfortably rumpled and candid as any filmmaker on camera is likely to be. Interviewed by Noah Baumbach and Jake Paltrow, Brian De Palma (Dressed to Kill, The Untouchables, Sisters) names names, fesses up about where and why he shoplifted much of his style (mostly Hitchcock) and comes clean about less-satisfying efforts. (“There was no bigger disaster than Blow Out,” he says of the 1981 John Travolta vehicle. On The Bonfire of the Vanities, “It should have been tougher and harder, and it still bombed.” Re: Mission: Impossible–“I was ready to make a big hit.”)

De Palma is mostly a one-sided argument for its subject; he’s never quite pinned down, for instance, about violence and women. He’s allowed to ruminate, largely, and what’s revealed is an artist impulsively self-reflective, whatever side of the camera he’s on. 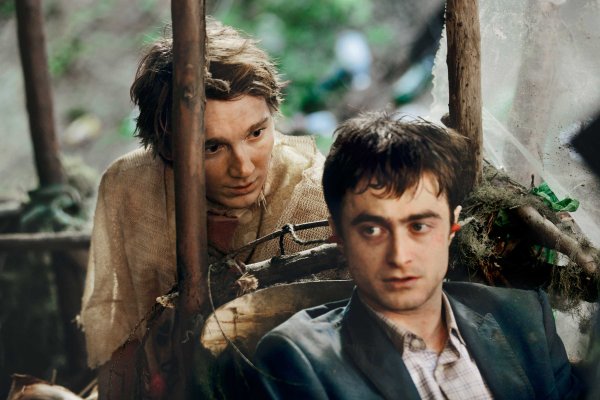