A Senior Member of the Thai Junta Says the Country Should Decriminalize Meth: Report

A senior member of the Thai junta, General Paiboon Koomchaya, reportedly said Wednesday that the world had lost the war on drugs and that he was proposing to take methamphetamine off Thailand’s list of dangerous narcotics.

According to the Bangkok Post, Paiboon — styled Justice Minister by the military regime — has the backing of other junta figures and the head of the Supreme Court.

The drug is known in Thailand as yaba. The country has been infamous for its harsh drug laws and a zero-tolerance approach to illicit drug users.

According to the Post, the general spoke at a meeting to discuss the findings of the 2016 U.N. General Assembly Special Session on Drugs and said: “The world has now surrendered to drugs, and has to come to think of how to live with drugs.” He added that if methamphetamine was decriminalized, authorities would still have to devise a framework to control the distribution, sale and use of the drug.

Methamphetamine — also referred to as meth, ice and crystal — is a powerfully addictive drug that, according to the U.S. National Institute on Drug Abuse, can cause psychosis “months or years after a person has quit.” Short-term effects include cardiovascular problems and convulsions. 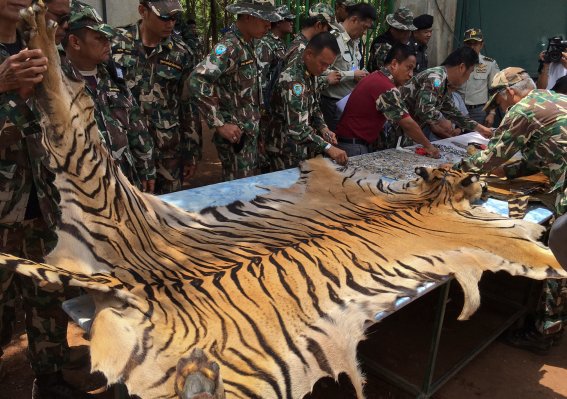 3 Monks Charged With Smuggling Tiger Skins Out of Buddhist Temple
Next Up: Editor's Pick