A man who threatened to “come back Orlando-style” at a gay bar in New York City was arrested on Monday night, the day after a gunman’s rampage at a gay nightclub in Orlando left 49 dead.

“I’m going to shoot this place up and get my 50 just like Orlando, Florida,” said Justin Rice, 40, when a bouncer removed him from Happyfun Hideaway, a bar in Brooklyn, DNAinfo reported. “I’m going to come back Orlando-style.”

On the same night, in Manhattan, thousands gathered outside the historic Stonewall Inn for a vigil in honor of the Orlando shooting victims.

Rice — who also yelled homophobic slurs and threw a metal bucket at the bouncer — was charged with aggravated harassment, attempted assault, making a terrorist threat and menacing as a hate crime, according to DNA Info. His bail has been set at $10,000.

“The best thing you can do to show the world that we believe in love is to continue to support us and all of our queer and artistic communities,” the bar posted on Facebook on Wednesday night, thanking customers for their support and expressing “bewilderment at what an odd world we live in.”

Most Popular on TIME
1
What Actually Happened on the Original Bastille Day
2
Coronavirus Map: See How COVID-19 Has Spread
3
Sailors Fight to Save U.S.S. Bonhomme Richard From Fire 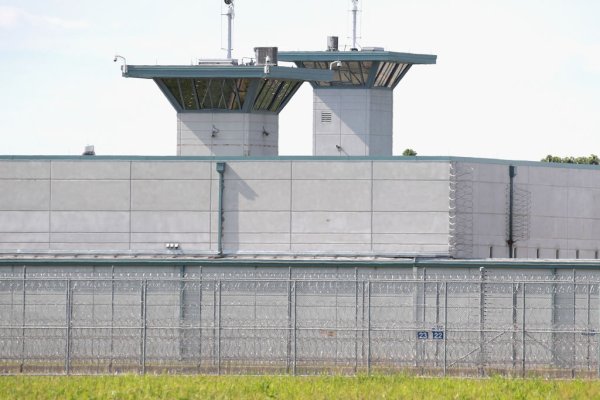