The gunman who attacked an Orlando gay nightclub, leaving 49 dead on Sunday spoke to police by phone during the incident and told them he would strap explosives to hostages inside the building, according to the city’s mayor.

Orlando Mayor Buddy Dyer said Wednesday that people trapped inside the building also warned family members and 911 operators that the shooter, Omar Mateen, was threatening to use bombs and an explosive vest, the New York Times reported.

Law enforcement officials have not yet found evidence of any explosives in the building, according to the Times.

“We had a lot of information from the inside and they independently were saying yes, the bomber is about to put on an explosive vest,” Dyer said.

Most Popular on TIME
1
Who Should Be TIME’s Person of the Year for 2020? Vote Now
2
Biden Picks All-Female White House Press Team
3
Biden Faces the Politics of Debt Forgiveness 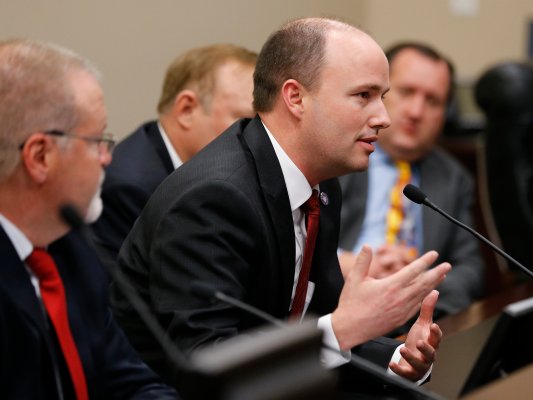 Utah Lt. Gov. Says 'My Heart Has Changed' After Orlando Shooting
Next Up: Editor's Pick