Here's the 'Earliest' Sign that Humans Knew About the Summer Solstice

Sunlight penetrates through a full-size replica of Stonehenge in Maryhill, Wash. on the summer solstice, June 21, 2014.
Alex Milan Tracy—Sipa USA/AP
By Olivia B. Waxman

In the Northern Hemisphere, the summer solstice—which falls on Monday—signals the first day of summer and the longest day of the year.

Ancient monuments are the only clue as for when humans started tracking the summer solstice. One in particular, the so-called “Egyptian Stonehenge,” seems to be “the earliest recorded indication that people knew something about the summer solstice,” according to Sten Odenwald, astrophysicist with the NASA Heliophysics Education Consortium.

Located directly under the Tropic of Cancer in the large basin called “Nabta Playa,” the site consists of stones that line up with the path of the solstice sun and is believed to be about 6,000 to 6,500 years old — about a thousand years older than Stonehenge in England, according to NASA.

“Because the stones are literally directly underneath Tropic of Cancer, when you get to summer solstice, the sun is directly at the zenith, so that means that things don’t cast any shadows,” Odenwald says.

Nomadic cattle-herders of southern Egypt, who based their planting and harvest seasons on the workings of the Nile River, are thought to have built the site.

“[The solstice] was an important touchstone that said, ‘Well, the Nile is about to go into its flooding cycle’ and that would basically start their calendar,” says Odenwald. “Then later, they discovered that looking at the rising of Sirius, the Dog Star, that occurred roughly around mid-July — when you could first spot this very bright star rising on Eastern horizon at the same time that the sun was setting — was even closer to when the Nile began to flood. So then they started using that star to start its calendar year rather than a month earlier when they had the solstice.”

But exactly who discovered the summer solstice? And when?

That question is “spectacularly unanswerable,” says Owen Gingerich, Professor Emeritus of Astronomy and History of Science at Harvard University. “No writing to record this great discovery. Lost in the mists of time! Let’s just turn on the ‘Rite of Spring’ and dance with Stravinsky!” 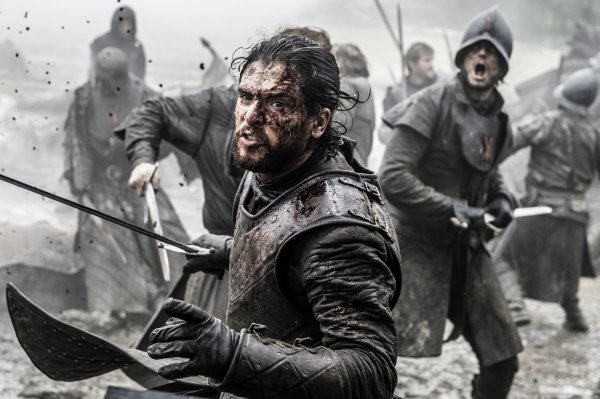 Here’s the Real War That Inspired the Game of Thrones ‘Battle of the Bastards’
Next Up: Editor's Pick