Officials have recovered the body of the 2-year-old boy who died after being taken by an alligator Tuesday night at a Disney resort in Orlando.

At a press conference late Wednesday afternoon, Orange County Sheriff Jerry Demings identified the toddler as Lane Graves, son of Matt and Melissa Graves of Elkhorn, Neb. The couple was also vacationing with their 4-year-old child.

The toddler had been playing in shallow water on the bank of a man-made lake at Disney’s Grand Floridian Resort & Spa.

Demings said the 2-year-old’s body was recovered, “completely intact,” around 3:30 p.m. Wednesday by the sheriff department’s dive team. His body was found in the area of the shore where he was taken, but murky water made it difficult to locate immediately.

Nick Wiley, executive director of the Florida Fish and Wildlife Conservation Commission, said officials removed several alligators from the lake on Wednesday and will work to confirm that the specific alligator involved is among them.

“We’re going to make certain that we have the alligator that was involved and that we remove it from the lake,” Wiley said at the press conference.

Read more: How to Avoid an Alligator Attack

Disney is now facing questions about whether it provided guests with sufficient warnings about alligators on the beach. While there were “no swimming” signs by the lake, the signs did not mention alligators.

“Disney will look at all of their protocols and signage going forward,” Demings said.

“As a parent and a grandparent, my heart goes out to the Graves family during this time of devastating loss,” Disney CEO Bob Iger said in a statement, according to the Hollywood Reporter. “My thoughts and prayers are with them, and I know everyone at Disney joins me in offering our deepest sympathies.”

Wiley said Disney routinely identifies and removes alligators that appear to be unafraid of humans, but he did not respond to questions at the press conference about when an alligator was last removed from the lake.

“We will take a careful look and really try to learn from whatever happened here,” he said. 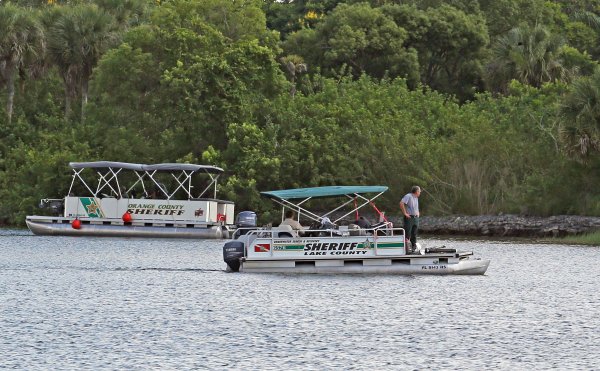 Disney 'Routinely' Removes Alligators From Area Where Child Was Attacked, Officials Say
Next Up: Editor's Pick