One of the most memorable moments of the third season of Broad City was when Hillary Clinton guest-starred as herself on the show. In an interview with The Wrap, the show’s stars Abbi Jacobson and Ilana Glazer shared what it was really like to work with the presumptive Democratic presidential nominee.

Glazer was more than star-struck when she saw Clinton, going so far as to compliment her body.

“I saw a glimpse of her body when she like opened her jacket,” Glazer said. “She looked so good, it was weird. I was also like, ‘This is awesome.’”

Jacobson interjected after this to add that Clinton wasn’t shedding her clothes, but just adjusting her jacket on set.

“Say that she was still wearing clothes,” Jacobson said. “It seems like you really caught a glimpse.”

The stars then went on to discuss the viral (and very GIF-able) nature of their comedy and the future of the show. 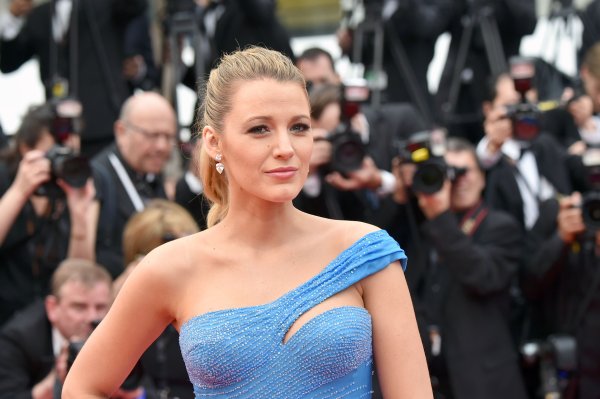 Blake Lively Is Definitely Not A Gossip Girl Anymore
Next Up: Editor's Pick