Here’s What Beyoncé's Lemonade Track ‘Love Drought” Is Actually About

When Beyoncé dropped Lemonade, its themes of infidelity sent the Internet buzzing with rumors of whether the album was the result of art imitating life.

A few record-breaking milestones and one harrowing witch hunt for “Becky with the good hair” later, it’s been relatively quiet on the Bey-Jay watch as of late. But a recent interview with Lemonade songwriter Ingrid Burley might confirm that the album’s implied infidelity could just be the work of gossip folks.

During an interview with Genius, Burley reveals that the song she wrote, “Love Drought” (which details trying to regain trust in a relationship and includes lyrics like, “ten times out of nine, I know you’re lying/but nine times out of ten, I know you’re trying”) is not about Queen Bey trying to make amends with Hov, but about Burley’s troubles with Beyoncé’s Parkwood Entertainment — something apparently even Beyoncé didn’t know.

Burley, who grew up with Beyoncé in Houston and also received writing credits on BEYONCE, said two of the people running Parkwood lied to her, telling her that Beyoncé wasn’t listening to any new music, although the Burley overheard them talking about Beyoncé’s notes about another Parkwood artist’s music, proving quite the opposite.

“The only way that I could really get over it was like, ‘She’s gonna sing the song I wrote about her label one day,'” Burley said.

Watch her explain the meaning behind “Love Drought” below. 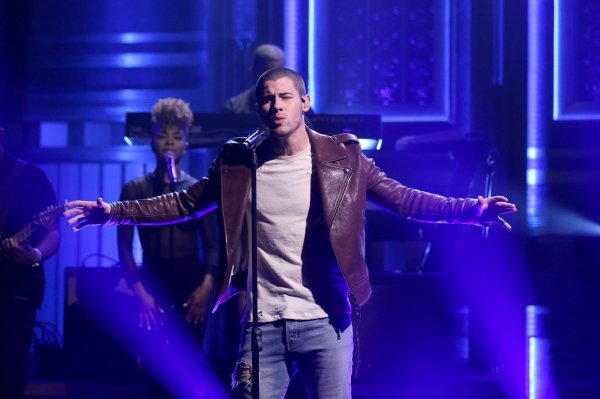 Nick Jonas on His New Sound, Gay Fans and Complicated Year
Next Up: Editor's Pick