On its surface, The Phenom, out now, is a baseball movie, but it doesn’t take long to realize that this is no Bull Durham. The opening credits, written in cursive scrawl against a backdrop of floral wallpaper, beneath the sound of a swooning symphony, are a good first hint. The unconventional shots—a camera facing the sky as rain begins to fall, the shadow of a cloud drifting quietly across the mound—signal something different, too. It soon becomes apparent that, were you to swap the titular phenom’s glove for, say, a cello or a paintbrush, the movie at its core would remain fundamentally unchanged.

Ethan Hawke and Paul Giamatti, who play two critical figures in the life of flagging young pitcher Hopper Gibson, Jr. (a convincing Johnny Simmons), agree that anyone expecting the full-count, bottom-of-the-ninth suspense attendant to so many classics of the baseball movie genre may be left scratching their heads—though both believe this is for the best. “It doesn’t even have all the satisfactions of watching a baseball game,” says Giamatti of the film by writer-director Noah Buschel. “It stripped all that away deliberately, too.”

What it has instead is an intimate portrait of a father-son relationship and a meditation on the harm that can result from good intentions executed poorly. At the movie’s start, Simmons’ Hopper Jr., recruited to the Major Leagues straight out of high school, finds himself suddenly failing under the spotlight. As he sits in the office of Giamatti’s Dr. Mobley, a sports psychologist who once graced the (fictional) cover of TIME, he begins to connect the dots between the abusive training methods inflicted upon him by his father (Hawke) and the mental obstacles inhibiting his performance.

There’s a hint of irony in interviewing the two actors together for a movie in which they never share the screen—rather than acting together, Hawke says, “we pass the baton in this movie.” Simmons bounces back and forth between the two men who aim to help him, only in wildly different ways. As Hopper, Sr., Hawke is the demanding father who, in trying to usher his son to physical greatness, ends up paralyzing him emotionally. Giamatti is the mediator who tries to undo those years of emotional damage.

When he meets Hopper, Jr., Giamatti’s mental coach is still mildly haunted by a former high-profile patient who committed suicide despite his efforts, and Hopper, Jr. picks up on it quickly. “I think he’s trying to move on from things and probably has to some extent, and the kid calls him out in a really good way,” says Giamatti. “He’s a little bit full of s—, so I think it’s necessary.”

Hawke slipped easily into the role of militant parent-coach. “I read that script and it reminded me very viscerally of a person in my life,” he says. “I had that experience and I know that guy.” Hawke even had him down to the physical details: “I know how he should wear his hair,” he says: military crew cut, short on the sides, buzzed across the top.

From the outside looking in, Hopper, Sr. is jarringly unaware of the ways in which he’s screwing up his kid. But Hawke doesn’t see it that way. “I thought about it from this other man [I knew] who really believed he was trying to help me. He really fundamentally believed that the world was an unkind place and that if he didn’t help me be tougher and stronger, I was gonna get creamed.”

As unsympathetic as Hopper, Sr. appears for much of the film, both actors understand where he’s coming from thanks to another part they both play: the role of father. “One of the weird things about parenting for me is that the things that you’re doing most wrong are things that you can’t even see,” says Hawke. Adds Giamatti, “I wish I could go and see what it is [my son’s] taking in that’s going to mean something in 40 years.” He shakes his head. “I have no idea.” 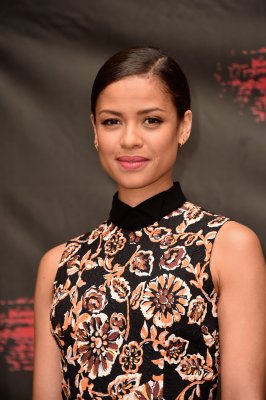 Gugu Mbatha-Raw Brings History to Life in Free State of Jones
Next Up: Editor's Pick