Lorde joined the celebrity debate over retouching photos on Sunday. The 17-year-old singer Tweeted pictures from her Sunday concert to her fans—one that had been retouched to make her skin look flawless and another un-retouched photo revealing traces of acne. Though Lorde didn’t make it clear whether a media outlet or fan retouched the top photo, she took the opportunity to express her preference for the real version.

It’s been a controversial year for Photoshop. Mindy Kaling defended her “Women in Television” Elle cover, which hid her curves while showing off the bodies of Zooey Deschanel, Allison Williams and Amy Poehler on alternate covers. Lena Dunham stood up for her lightly retouched Vogue photo spread after Jezebel offered $10,000 for un-retouched version, expecting that there would be a more dramatic difference between the before and after shots than there was. American Eagle launched an anti-photoshopping campaign. And Target had to apologize for a hilariously bad thigh gap photo.

It’s no surprise that Lorde, whose breakout song “Royals” scoffed at the traditional trappings of wealth and celebrity, comes down on the side of anti-Photoshop in this debate. Lorde has posted pictures of herself with acne cream on before.

Plus, she’s slammed celebrities for creating a too-perfect persona and capitalizing on anti-feminist lyrics. She has said of Lana Del Rey’s songs, “[I]t’s so unhealthy for girls to be listening to, you know, ‘I’m nothing without you.’ This sort of shirt-tugging, desperate ‘don’t leave me’ stuff. That’s not a good thing for young girls, even young people, to hear.”

She had a similar critique of Selena Gomez’s hit “Come and Get It”: “I’m a feminist and the theme of her song is, ‘When you’re ready, come and get it from me.’ I’m sick of women being portrayed this way.”

And back in October, Lorde reportedly said, “Taylor Swift is so flawless, and so unattainable, and I don’t think that’s breeding anything good in young girls.” This was of course before the two made amends and became BFF.

Still, Lorde seems set on being a feminist role model for young girls—and that begins with an anti-Photoshopping stance. 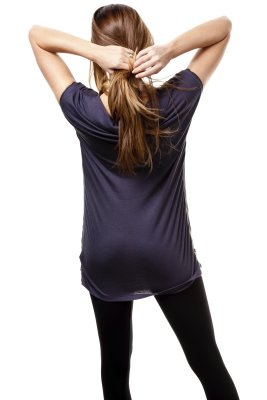 When Enforcing School Dress Codes Turns Into Slut Shaming
Next Up: Editor's Pick