This Is Where the Word 'Dad' Comes From

Of all the words we use our fathers—from pappy to old man—the most common American appellation is three little letters: dad. And with Father’s Day arriving this weekend, you may be wondering where that familiar word comes from.

The leading hypothesis is: babies.

“There’s unusual similarity in the words for mothers and fathers throughout the world,” says the Oxford English Dictionary’s Katherine Martin. “And that has to do with how babies start to vocalize.” Dad most probably comes from dada, which has a construction one can see reflected in other pater words like papa, tata, abba and baba.

To understand this, it is best that we do some things that might weird out the people around you. First, open your mouth and just push some air out. That noise, much like the one you make in the dentist’s chair, should sound a lot like the vowel sound one hears in mama, papa and those other words. Because it takes little thought or skill to make, that tends to be one of the first that babies babble. “Other vowels,” says linguist Gretchen McCulloch, “require more precise control.”

Now, make the “duh” sound. Feel how your tongue is on the roof of your mouth near the back of your teeth? Make the “puh” and “buh” sounds. Feel how that’s all in the lips? Do it one more time and notice how those sounds come from the front of your mouth rather than the back, compared to sounds like g’s “guh” or k’s “kuh.”

While babies have a hard time with those more complicated, back-of-the-mouth sounds—which is why it seems natural and adorable when Tweety Bird sees a “puddy tat” instead of a “kitty cat”—those front-of-the-mouth consonants are much easier for little baby faces to utter. Infants can see what adults do with their lips and imitate those lippy sounds, while, “if you’re doing stuff with your tongue, the easiest thing to do is just throw it up in the front,” McCulloch says.

Young humans also learn words better (even nonsensical ones) when there’s a repeated sound (though we don’t know exactly why). All of which means that “dada” is a natural sound for babies to make. And, as another part of the theory goes, parents want to assume their babies know them by name even if their children are just babbling away. So those sounds have been assumed to be names for caregivers—and then reinforced as names for caregivers over generations.

So why do we think of females as “mama” and males as “dada” or “papa”? The easiest consonant sound to make, says Oxford’s Martin, is the “mmmmm” sound, one that is similar to the noise babies make when they’re nursing. And because women have tended to be the primary caregivers throughout history, that early sound has become associated with them, says McCulloch. Meanwhile, the babbles that tend to be gurgled up soon after that are associated with the person babies have come into contact with the second most: dads.

There are endless spins on these dad words. Papa, for instance, becomes not just pappy but pa, pop, pops, poppa, pa-paw and pop-pop. Part of the reason for this is that people are downright playful with English. Part may be differences in accents and speech patterns from place to place. And another part is likely that, unlike most kinship terms (think: niece, cousin, brother), these words tend to stand in as quasi-names for the people they refer to, says Martin. “They can be really particular to a family or a region,” she says. “Dad and mom are the dominant ones, but families have their own individual practices too.”

Yet the overriding theme here is not difference but sameness. All the global variations on this theme—from tata in Poland to baba in South Asia—are evidence that despite different cultures, people share experiences of kinship, and that babies from every corner of the world at least start out having some things in common. The words that different languages use for father, like Spanish padre and German Vater, have been used to show the genetic relationship between languages themselves, too.

That widespread understanding of what it’s like to have a parent is part of the reason the word dad pops up so often in slang. Parent words are “really ripe for metaphors,” says McCulloch. “They have this relationship that everybody kind of understands.” At its best, that dad relationship boils down father-figures being the greatest in slang—or at least solid.

The most exemplary or outstanding example of something has been “the granddaddy of them all” for centuries. In the mid-1900s, jazz musicians began calling each other “daddy-o” to signal they were equals or friendly. And it’s become fashionable on social media to refer to public figures one admires as “mom” or “dad,” be that man Kanye West or Bernie Sanders. This “dad,” as linguist Ben Zimmer puts it, is usually “a man you’re not actually thinking of as being your father or being like your father but having qualities you respect.” 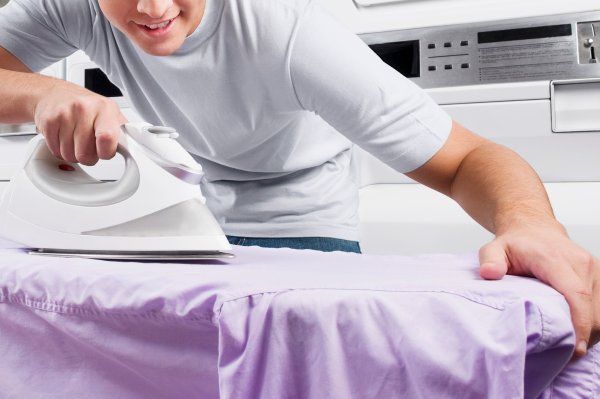 This Is What 'Adulting' Means
Next Up: Editor's Pick