In 1977, Disney released Pete’s Dragon, a live-action children’s movie musical with a cartoon dragon and slapstick humor. The 2016 version is still live-action — and still for kids — but skips the singing and dancing, instead taking full advantage of modern movie magic to give us a sleek CGI dragon and a more serious storyline, as we can see in the new trailer released today.

Starring Bryce Dallas Howard as a forest ranger who discovers an orphaned boy left alone in the woods, the remake looks kind of like a mashup of Tarzan, The Jungle Book, and King Kong. Think: a feral child, a deep-rooted connection to nature (this one was filmed in New Zealand for maximum cinematography points), and a mythical, gentle giant creature who doesn’t know his own strength. The dragon, named Elliott, also feels like a composite character, with elements of the legendary flying reptiles of Eragon, Lord of the Rings and Avatar (namely, a close friendship with a boy and the all-important power of invisibility). The movie also stars Robert Redford as an old wood carver.

Plus, dragons are trending right now (hey, Drogon from Game of Thrones), so this reboot is probably a smart choice by Disney as they continue to mine their archives. It’s in theaters in August. 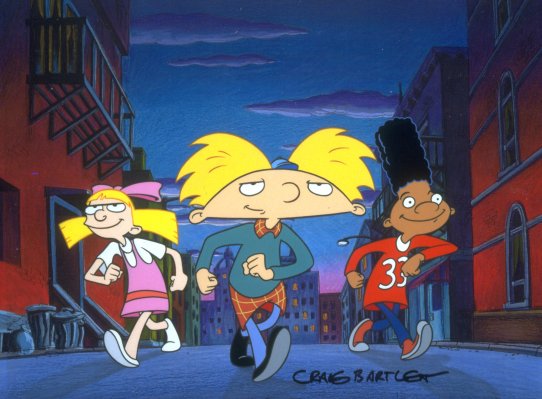 The Hey Arnold! Movie Finally Has a Name
Next Up: Editor's Pick