We Asked Sony's Gaming Chief About the Future of PlayStation

For PlayStation maker Sony, this year’s E3 video game conference has been all about games. From a virtual reality Resident Evil to a surprise Spider-Man title, PlayStation gamers have plenty to look forward to in the coming months.

TIME sat down with SIE Worldwide Studios Chairman Shawn Layden to talk about the future of PlayStation. What follows is a lightly edited transcript of our conversation.

TIME: Sony came out this week and confirmed that a high-end PlayStation 4 is in the works. Microsoft, too, introduced new console hardware. What does Sony think when a competitor comes out and produces specific information ahead of your reveal?

Layden: What’s good for video gaming is good for PlayStation. We’re seeing apparently Microsoft taking a similar course to ours, which is to innovate within the life cycle of the console. It’s nothing that’s ever been done before, so there is no road map to how to do that. Both companies are trying to find the right way to bring that to developers, to bring it to market, to talk about it. But seemingly they’re doing similar things to what we want to do, which is to bring more power to developers, to bring more weapons for them to create games with, to create an enhanced experience. Again I think it’s good for gaming, so it’s good for us.

4K is something that you’ve talked about. How do you convince customers to buy expensive new 4K televisions to experience gaming in that higher resolution?

The dynamics around the television market are hyper-accelerated. There was a time when we would have sat here and you would’ve said, “But Shawn, who’s going to buy an HDTV? There are like six people on my street who have one.” And then you wake up the next day and everybody has it. So the market will embrace the new technology as manufacturers manage to bring the price down for it. That challenge is left with TV manufacturers and sales teams. We just want to create, with our platform, ways that as that inevitably grows — and it will grow very fast — we’re able to take advantage of that resolution enhancement.

You play a unique role in that Microsoft isn’t selling TVs, but Sony is. So I imagine that you have insight that maybe it doesn’t.

I think history has borne out that people are always going to move towards the new experience, the new hotness, the new thing. The only challenge against that is, maybe I’ve just been lucky, but TVs don’t break down anymore. When I was a kid, there was a job called TV repairman. That job is gone now.

To the extent that hardcore enthusiasts matter, there’s been this fidelity race between the consoles. Sony has been ahead of Microsoft consistently this generation. How much does that contest matter?

Those markers along the highway are well known. I imagine the technologies will be chasing those markers. Is that going to be the end-all, be-all of the gaming experience? No. I think more than anything else today, we’re seeing the power of narrative move the gaming business forward more than ever before. Like with the God of War demo, I think the guys did a really great job of creating that difficult dynamic that so many of us know about, dealing with dad. I think they brought that to the screen, with the tenderness and the pathos and the awkwardness of that moment. We’ve never really been able to play with those kind of emotions in gaming before, and I think God of War is doing that. I want to see where [Metal Gear creator Hideo Kojima] is going with Death Stranding.

Xbox Chief Phil Spencer was asked if consoles will become like smartphones, where we buy a new one every two years. He really pushed back. Do you think similarly?

Phil and I are in agreement on that. With this move towards a high-end PS4, it’s not to bifurcate the market. We’re not creating haves and have-nots. There’s only going to be one game on sale, and it will play on both [consoles]. You’ll have the same experience, but one will be delivered at a higher resolution, with an enhanced graphical experience, but everything else is going to be exactly as you’d expect.

You seem to be doing something interesting with PlayStation VR, which is looking at it and going, maybe it’s an adjunct experience. You have the full game, then there’s also a VR thing you can do. But you don’t have to play the whole game in VR. Is that intentional?

Yeah, but maybe for a different reason. VR for us is not an add-on to the PlayStation 4 per se, it’s not a peripheral. We’re looking at it as a new platform for entertainment. And as we step into that frontier, we’re not entirely sure what’s going to work best. So we’re trying many different experiences against that, dozens of different approaches. And over time, as we’ve seen with almost any form of entertainment, it will coalesce around half a dozen or so experiences that work well in that medium.

There are people experimenting, which we’re encouraging. You’re seeing it with larger franchises, as with Star Wars Battlefront: X-Wing Fighter VR, perfect match made in heaven, right? For all the space shooters you’ve seen in VR, we’re all looking at all of those and saying, “But I really want to be in an X-Wing fighter, let’s be serious.” What Warner Bros. is doing with their Batman VR, these are all ways of testing out the new medium to see what really works there. We’re encouraging that.

At the same time, games like Resident Evil 7 will be entirely playable in VR. To be honest Matt, that frightens me a little bit. I’ll have to have my wife next to me to hold my hand so I don’t lose touch with reality. But then we have games like Farpoint, which is one of our internal studios working with a new peripheral, but that is a game in and of itself. It’s been born, if you will, on PlayStation VR.

So there’s a lot of stuff out there. It speaks to what’s new with this medium and we’re all trying to understand it. When PlayStation first came out 21 years ago, we talked about it as being 3D gaming in the home, arcade in the home, did I say 3D enough? And then a lot of games were kind of 2D in the first year of PlayStation, because a lot of people were still getting used to what that meant. A lot of developers didn’t know how to build a game in 3D. In VR I think we see people coming through the doorway they know in a ten-foot gaming experience and trying to learn the new grammar, or syntax, or lexicon around VR. So it probably won’t be until the second wave or third wave of titles until you see stuff that can only occur in VR.

To your point, we do have a lot of irons in the fire, as it is. The [Entertainment Software Association] has come out with a statistic saying that something like 65% of Americans are gamers. (Ed. note: The ESA says 42% of Americans play for at least three hours per week.) And that takes in all different avenues towards gaming, including tablets and so on. When I see that statistic I say, yeah, 35% are lying. Because everyone’s a gamer now. Whether you’re playing Candy Crush on your phone, or you’re doing Uncharted at home, or Counter-Strike, it’s all happening everywhere. There’s been a great normalization of gaming in American society.

I think mobile is great because in some ways it can be a gateway drug. Start on mobile and you want to have more that can bring you into gaming. How is PlayStation going to be active and relevant in there? There’s an Uncharted mobile game out for your iPhone, so you can experience that world in a certain way. That’s a conversation we’re having all the time [with developers]. Not, how do you come up with a mobile gaming strategy, but how does mobile play into our gaming strategy? What is that way to keep people engaged or in touch with the world of Uncharted or God of War? It’s something that you can imagine, all creators want more crayons in their box, more tools in their toolkit. Everyone is keen to find a way to make that relevant to the gaming experience. PlayStation itself, we’re moving away from PlayStation describing a technology to PlayStation describing an entertainment experience. We’re already doing that with PS Now, that’s our streaming gaming service, but you can get it streamed straight to certain TVs, you don’t need a console per se.

I don’t have anything specific on the mobile piece, but it is something we want to come to in a meaningful way to enhance the overall gaming experience.

There’s a euphemism that many in the gaming community use to describe the sometimes intense emotions around gaming: “Passion.” But it sometimes unfortunately leads to conversations between people that are passionate but then are really just attacking each other. As one of the leaders in the industry, do you feel you have a leadership role to play in encouraging better behavior?

Is there an obligation on the leaders of an industry to exhibit good behavior and civility and respect in their day-to-day actions? Absolutely. Absolutely. I like to think we try to lead by example at PlayStation. On a tangent to that, I think the relationship right now between PlayStation and Xbox is very respectful, very civil. Phil Spencer, I like to say he’s a good friend of mine, we both talk a lot. He’s been very supportive of the things we’re doing here, and we return the same respect.

It’s lead by example. We’re not trying to incite any fanboy wars around this. We can all live happily in the same space together. But you’re right, people use the euphemism “passion” to cover up a lot of ill-mannered behavior, to be quite honest. Any chance we have to counter that or to put up an ideal example of how gaming is great, and if you enjoy that and I enjoy this, we’re all having a great time doing it. Yes, we do have an obligation. 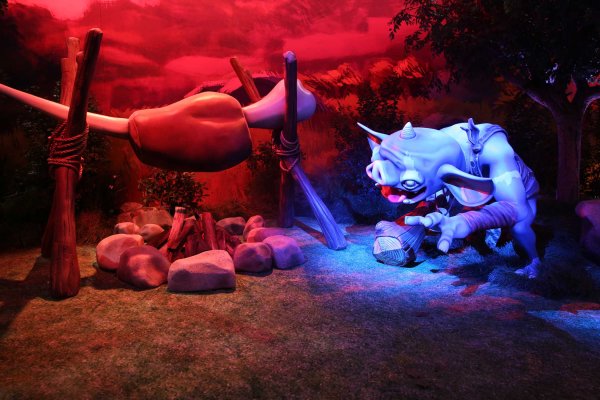