After Orlando, What Are Celebrities' Responsibilities to Their Fans?

Lady Gaga reads some of the names of the victims of the Orlando shooting at a vigil on June 13, 2016 in Los Angeles.
David McNew—Getty Images
By Daniel D'Addario

In the days since the shootings at Pulse in Orlando, many celebrities have expressed their condolences, their fears, and their general sense of concern both for the dead and for the nation at large. While public figures of all stripes have weighed in, musicians have been among the most vocal. The nature of the attack (at a gay club’s Latin night, an event centered around music and celebration) has naturally engendered a moving response from many.

Or, well, some. Katy Perry has tweeted in support of Pride celebrations and Lady Gaga read the names of the fallen at a California vigil. Even Beyoncé and Britney Spears, neither known for engaging directly with the news cycle, sent support via Instagram. Meanwhile, Taylor Swift’s last social media updates were about a wedding she “crashed” as a publicity stunt. Nicki Minaj, another superstar with a massive gay following, has been similarly quiet on the issue.

It’s ungracious to keep score, but these stars are so vocal about so many other issues that it’s a bit striking to see silence here. Swift, for instance, was widely interpreted (including by me) as existing at the vanguard of gay-friendly pop stars for including the lyric “boys and boys and girls and girls” on her last album. And both Swift and Minaj were outspoken about demographic issues around the nominations for last year’s Video Music Awards—a political cause that was easy to take, given that it directly benefited both figures’ careers.

It’s hard to blame Swift for keeping silent this time. As Lady Gaga, dogged throughout her career by questions of exploitation of gay audiences despite apparent earnestness, could tell her, there’s little upside for seriously speaking out. A tweet bemoaning the state of the world and sending support to fans would be nice, but much more than that places a star precariously between two unenviable positions, self-aggrandizement and offense. The former position is currently being occupied in the public imagination by Nick Jonas, whose appearance at a New York City vigil at the Stonewall Inn was widely criticized. (Jonas, who is not himself gay, has historically marketed himself to gay fans; his presence, in the midst of a promotional campaign for his new album, could be seen as precluding an actual gay entertainer from speaking.) The latter is occupied by Kacey Musgraves, the country singer whose hit “Follow Your Arrow” was seen as a pro-gay anthem but whose tweet suggesting the Orlando shooting could have been prevented with more guns was, at best, tonally off. (Madonna’s Instagram campaign, featuring pictures of herself, manages to be both self-aggrandizing and offensive. There’s a reason she’s the Queen of Pop!)

Obviously, nothing a pop star says is going to make it possible to take back a tragedy; nothing they say is even going to do much to assuage a national sense of hurt. But musicians, bearing the special connection they do with fans and in particular the sort of fans who might frequent gay clubs, can do something. Surely someone has felt less alone thanks to their idol expressing concern in the wake of Orlando’s mass shooting—what more can one ask?

It’s reasonable to expect people to be a little more forgiving of the likes of Jonas and Musgraves, public figures who may not be cut out to be public speakers and who are as lost for words as all of us. Maybe a bit more forgiveness would encourage more openness across the board. But it’s also reasonable for gay fans to be a bit spurious the next time Swift breaks her silence on what she considers meaningful issues—for instance, awards-show hosts joking about her. Stars don’t owe us anything, but nor do we owe them anything. Fans might find it more appealing to engage with stars who seem engaged with the world. 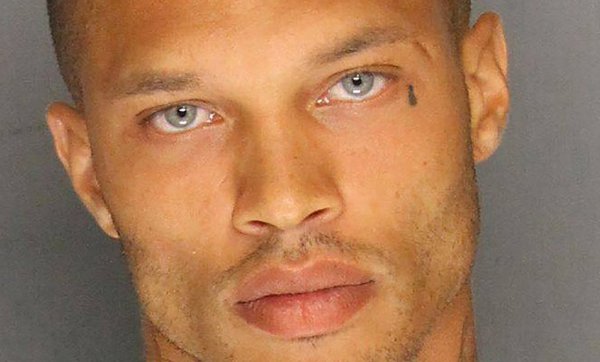