Maria Sharapova’s legal team has filed her appeal of her two-year suspension for doping and have requested for it to be expedited, the Court of Arbitration for Sport announced.

“Ms. Sharapova submits that the period of ineligibility should be eliminated, or in the alternative, reduced,” the CAS statement said.

A decision is expected to be made by July 18. If the suspension is eliminated or greatly reduced, Sharapova could compete at the 2016 Olympics in Rio de Janeiro in August. She is set to miss Wimbledon, which runs from June 27 to July 10.

It has not been decided whether or not the CAS will hold a hearing for Sharapova. The arbitration procedure will be kept confidential before the decision is announced.

In early March, Sharapova announced that she had tested positive for Meldonium, a heart disease drug, at the Australian Open. She was provisionally suspended from all tennis-related activities until the International Tennis Federation’s anti-doping body determined that a two-year ban was appropriate.

Following the announcement, former World’s No. 1 was provisionally suspended from all tennis-related activities. Meldonium, also known as Mildronate, was added to the World Anti-Doping Agency’s banned substance list on Jan. 1.

In April, WADA determined that athletes with a concentration of less than one microgram of Meldonium on tests before March 1 were acceptable. Sharapova said she had been taking the drug for years. 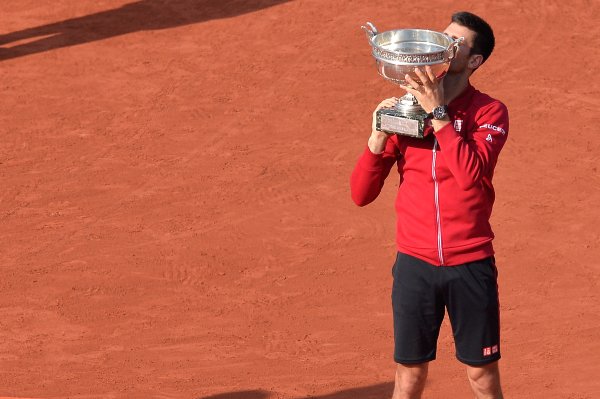 It's Officially Time to Be in Awe of Novak Djokovic
Next Up: Editor's Pick