A T. Rex And His Tiny Arms Competed on American Ninja Warrior

American Ninja Warrior turned into Jurassic Park when a “carnivore from the cretaceous period” invaded the obstacle course—a Tyrannosaurus Rex.

As one would expect, the T. Rex was a fierce competitor, showing off his impressive agility, incredible strength and intense athleticism. Thanks to his fiery determination, he made it through several of the barriers, leaping from block to block while putting his short little arms to the test. The audience roared louder than he did.

His performance was especially remarkable, because as one of the commentators noted, “T-Rex weighs about five tons, so he’s one of our heavier competitors.” That didn’t stop the predator from proving once again that even if there is a mosquito entombed in amber who has dinosaur blood, even if the technology exists, no one should ever, ever bring dinosaurs back.

Interestingly, the competitor inside the dino suit, Reko Rivera, performed better in costume than when he previously competed on American Ninja Warrior. Guess being a carnivore can be real advantage, despite the arm thing. 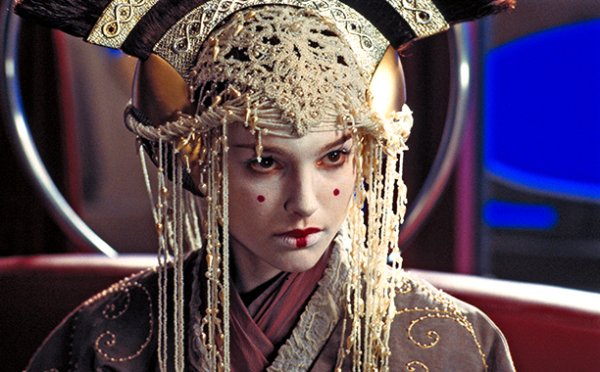 This Star Wars Perfume Will Let You Smell Like Queen Amidala
Next Up: Editor's Pick