Britain Has Voted to Leave the E.U. So Now What Happens?

A sense of denial permeated the corridors of power in Brussels in the weeks before the referendum on British membership of the European Union (EU). Communications staff were even rumored to have been banned from using the word “Brexit.”

But now that difficult divorce has become a reality, and officials in the E.U’s de-facto capital must reckon with what comes next — at the very least, a long and difficult negotiating period and years of uncertainty.

Here is what we do know: Britain must promptly notify the E.U. Article 50 of the Lisbon Treaty – the equivalent of the E.U’s constitution – allows for a two-year period in which the terms of the leaver’s exit are negotiated. During this time Britain will no longer be able to take part in any E.U. decision-making, and any exit agreements must be approved by all 27 remaining E.U. nations and the European Parliament. Then after Britain’s formal exit, fresh negotiations could begin on any new trade deals.

And here is what we don’t know: how any of this will actually work in practice.

“It has never happened before so nobody would be able to rely on any precedent,” says Chris Bickerton, a lecturer at Britain’s Cambridge University and author of The European Union: A Citizen’s Guide. “The Treaty of Lisbon was drafted with the idea that [Article 50] would not be used, and to make it pretty hard to exit in a smooth way… it simply has not been done before so things will be made up as they go along.”

Next week the European Parliament and ministers from other major E.U. powers will meet to formulate their response to the biggest blow yet to the union. They will be looking to minimize the impact on financial markets and the risk of contagion to other Euroskeptic countries.

A divided British government — soon to be without a leader — will need to somehow unite on a negotiating position, and decide what sort of relationship they wanted with the E.U. in the future. Would they still want access to the single market? What status would they want for the two million E.U. citizens currently employed in Britain, and the equivalent number of Britons working elsewhere in Europe? What sort of trade deals would they wish to pursue? These proposals will then be put to the other 27 E.U. members — who may not be inclined to play ball.

“I don’t think they will be disposed to go out of their way to do Britain any favors,” says Richard Corbett, a Member of the European Parliament for the British Labour Party and a ‘Remain’ campaigner. “Why would you go out of your way to help a member who has just walked out slamming the door?”

Donald Tusk, President of the European Council and one of the most senior E.U. officials, warned before the vote that after a Brexit it would take at least seven years to try and forge a new relationship between Britain and the E.U. “without any guarantee of success.”

Beyond the practicalities, European leaders are terrified that a ‘leave’ vote will embolden Euroskeptics and prompt similar moves elsewhere within the bloc. Increasingly popular Euroskeptic parties in The Netherlands, Sweden, Denmark and France have called for either a referendum on leaving the E.U. or a renegotiation of their relationship.

“Everyone will be asking who is next,” says Bickerton. “This referendum is not some uniquely and quixotic British affair – it is the tip of an iceberg and the iceberg is growing sentiment that the E.U. is not doing its job and people are unhappy with it.”

This is where some countries are formulating their Plan B. European diplomats have ruled out a last-minute deal to keep Britain inside the E.U. But France and Germany– who along with Britain are considered key powers in the union – are in talks to try and come up with a unified response to stop the bloc disintegrating.

The problem is they themselves are not unified. France traditionally favors greater integration among the E.U. nations, and especially the 19 members of the euro single currency, and bristles against the austerity regime pushed by Germany.

Germany, however, would not be eager to bring its neighbors closer together. Finance Minister Wolfgang Schäuble made clear in an interview with Der Spiegel magazine that a push for further integration would run counter to the message sent by any vote. “This would be crude,” he said. “Many would be right in asking whether we politicians have still not understood.”

The resulting Franco-German plan is thus likely to be a watered-down pledge on greater cooperation on security and defense which will be unlikely to please the more ardent Euroskeptics, Bickerton says.

So the stubborn eurocrats in Brussels must now enter a debate about the future of the E.U. and dwindling public trust, whether they like it or not. Thanks to the British voters, they can’t deny it any more. 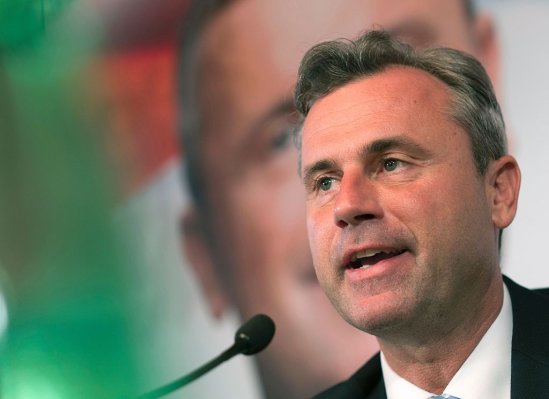 Why You Don't Need to Worry—Much—About Europe's Far Right
Next Up: Editor's Pick