The Magic Kingdom Meets the Middle Kingdom in Shanghai Disneyland

Oscillating between drizzle and downpour, the weather is typical for Shanghai, though perhaps less fitting for “the Happiest Place on Earth.” No one seems deterred, however: in multicolored ponchos, tens of thousands of enthusiasts line up for security checks. Others stroll around the 40-hectare Wishing Star Park, taking selfies by the Steamboat Willie Fountain, discreetly approached by scalpers with tickets twice, even thrice, the market price, when police aren’t looking.

The world’s newest Disney theme park — the work of over 700 designers (imagineers in Disney lingo) — is not open yet, but it has already attracted 1 million visitors during a six-week, preopening trial period. Tickets sold out almost instantly for the much hyped June 16 grand opening. A Disney exhibition is touring the country, and China Eastern Airlines has laid on themed flights plastered in Disney magic, with stewardesses wearing mouse ears, for the occasion. Feng shui masters have been consulted, and local officials have released an etiquette guide warning visitors against lying on the grass or cutting in line. Minor glitches aside — water fountains were not yet operational during TIME’s visit — Shanghai Disneyland appears ready.

Visitors are already lining up outside the Enchanted Storybook Castle — the tallest of any Disney park — for photo-ops with smiling, imported Rapunzels and Snow Whites (Mulan, China’s own heroine, is curiously low profile). “Designed specifically for the people of China,” the powder-pink structure offers fine dining at the Royal Banquet Hall and glittery $150 makeovers at the Bibbidi-Bobbidi Boutique. Its finials are adorned with traditional Chinese cloud patterns for harmony, prosperity and purity of heart, and one spire is crowned with a golden peony, the nation’s unofficial national flower.

Some classic Disneyland rides — including It’s a Small World and Space Mountain — have been scrapped. Others are on steroids: Pirates of the Caribbean has been revamped with animatronics, a Mandarin-speaking hologram of Captain Jack Sparrow and projections plunging the ship deep into the ocean. And in true Chinese form, the queues are ferocious (thought notably well-behaved). “So many people! Five hours for one ride? I hadn’t expected that,” said one visitor, who spent an eternity waiting for the Seven Dwarfs Mine Train. “Even in Hong Kong, when I went during [peak season], it was only two hours.”

Ray Zhang, 24, at the souvenir shop outside Pirates of the Caribbean, has only been a pirate for a few days but excels at it: in gold vest, tricorn and orange pantaloons — occasionally with a toy parrot perched on his shoulder — he waves a plastic cutlass at visitors, wishing them “a magical day” in both English and Chinese. Some 10,000 local talents work in various capacities at the park, meticulously handpicked from job fairs across the country. This is Zhang’s first job.

“I’m so proud of it,” he tells TIME, looking genuinely thrilled. “It’s a place full of happiness. The Disney magic makes everyone a child!”

Bigger, better and glitzier than ever before, Shanghai Disney Resort promises an “authentically Disney, definitely Chinese” world-class attraction in a country where Disney is seen as an aspirational brand. Sprawling over 390 hectares in Pudong district — hands down the nation’s wealthiest — Disney’s sixth and newest park will draw on 330 million potential visitors, more than the entire U.S. population, living within a three-hour radius. No Disneyland has started this big — the Chinese state-owned partner Shanghai Shendi estimates that up to 12 million people will visit the park during the first year — and there are already hints of expansion.

The Magic Kingdom is far from the only player in the Middle Kingdom — some 60 amusement parks are planned by 2020, including Universal Studios and Six Flags’ first park outside the U.S. — but it is the first of a foreign wave, and its success hinges on some delicate cultural balancing.

The selling of American soft power, even if it is according to Chinese characteristics, is intensely political. In May, President Xi Jinping, who rarely grants audience to foreign business leaders, invited Bob Iger, CEO and chairman of Disney, into Beijing’s ceremonial Great Hall of the People. Shanghai Disneyland, Xi insisted, is an emblem of Sino-U.S. cultural exchange, with potential to foster understanding between the two peoples.

Other Chinese disagree — few more loudly than tycoon Wang Jianlin, chairman of the Dalian Wanda Group, who opened his own $3.3 billion Wanda Cultural Tourism City in southeastern city of Nanchang in late May, and pledges to create several more theme parks using local culture as a source of inspiration.

“The frenzy of Mickey Mouse and Donald Duck and the era of blindly following them has passed,” he told state broadcaster CCTV. “[Disney] shouldn’t have entered China. We have a [saying]: one tiger is no match for a pack of wolves.” (Besides, Wang added, Shanghai’s weather isn’t that great.)

Visitors walk through the Alice in Wonderland Maze on June 8, 2016, during a trial run at Shanghai Disneyland ahead of its official opening
Qilai Shen—Bloomberg/Getty Images

The Tarzan: Call of the Jungle show incorporates Chinese acrobatics, and the Garden of Twelve Friends presents Disney characters as animals from the Chinese zodiac (Abu, Aladdin’s monkey companion, is the avatar of 2016, the Year of the Red Fire Monkey).

Other adaptations are subtle: in keeping with almost every tall building in China, the two resort hotels have no fourth floors (the word four sounds too similar to the word death to homonym-sensitive Chinese ears). Given that China’s nuclear families look quite different from their American counterparts — a hangover of the now relaxed one-child policy — the park is liberally sprinkled with green spaces to accommodate grandma and grandpa as well as mom, dad and junior. Strategically placed hot-water taps, to fill up the ubiquitous personal tea flasks, are another local touch.

Disney has also shown that it is capable of refining its Chinese offerings. After the initially lukewarm reception of Hong Kong Disney in 2005, menus were overhauled to present more Asian food items, seating areas were expanded (because visitors spent longer eating than Americans) and ticket prices were cut.

Weiss is cautious. Investing $5.5 billion in a foreign country is “inherently risky,” he says. And even though the tickets are the world’s cheapest at 370 renminbi (about $56) for off-peak adult admission, they’ll still be seen as expensive in a country where the average monthly salary is around 6,700 renminbi (about $1,000).

But even Weiss isn’t betting against the Chinese government’s determination.

“Xi Jinping needs Disney Shanghai to show that China is far along on its journey from an emerging economy to a developed country,” he explains. “There is much pride involved in supporting a Disneyland resort.”

An American theme park succeeding on the strength of the Chinese Communist Party’s political will: What could be more Chinese than that? 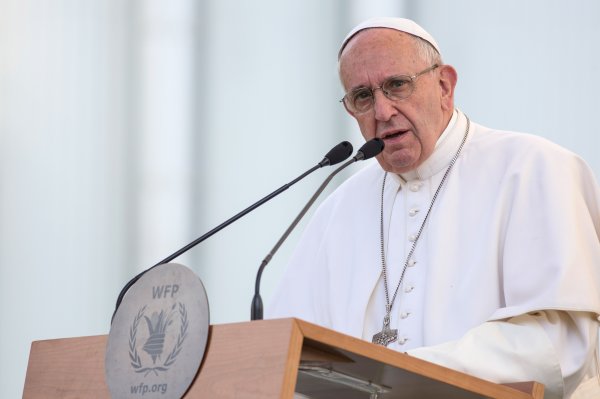