It may be hard to believe, but Friday Night Lights, the drama that made football fans of even the sports-averse, premiered a whole decade ago. The sleeper hit about a high school football team in the fictional small town of Dillon, Texas is still a treasured television artifact: it gave us timeless mantras like “Clear eyes, full hearts, can’t lose” and the classic “Texas forever.” (Not to mention inspiring women everywhere with Connie Britton’s infinite wisdom and aspirational hair.)

Unfortunately, though, we won’t get to see the show make a comeback. The cast reunited over the weekend — but not to film a reboot. Some cast members, including Britton, attended a reunion at the ATX Television Festival, while others, including Minka Kelly and Taylor Kitsch, attended a separate gathering in Illinois to race in the Chicago Spartan Super. Although actress Minka Kelly told Vanity Fair that they’re “like a little family,” it doesn’t sound like fans should get their hopes up for a sequel to the beloved show, which aired for five seasons before ending its run in 2011.

The actors also mused on where their characters would be now: Kitsch thinks Riggins would be hanging out on his land with a family, while Kelly said Garrity would probably have settled in Nashville. And despite the steamy romance the two shared on the show, both actors believe Riggins would have ended up with his other love interest, Adrianne Palicki’s Tyra Collette. (Kelly, for her part, waffled on that prediction.)

Some things in Texas are forever, though: the Austin-based reunion included a throwback tailgate and pep rally held right on the Panthers’ field where the show was originally filmed. Check out some snaps of the cast below.

Correction: The original version of this story incorrectly said that Kelly and Kitsch were at the ATX Television Festival in Atlanta. They were at a separate event in Chicago. 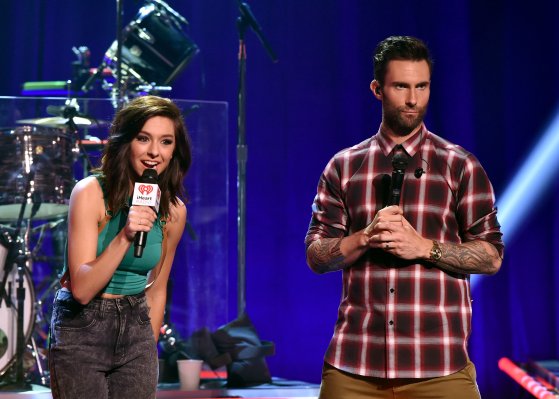 Adam Levine Offers to Pay for The Voice Contestant Christina Grimmie's Funeral
Next Up: Editor's Pick