The Psychology of Hate

Flowers and an American flag are seen on the ground near the Pulse Nightclub where Omar Mateen allegedly killed at least 50 people in Orlando on June 13, 2016.
Joe Raedle—Getty Images
Ideas
By Joan Cook

Many Americans think of Orlando as one of the happiest places on earth—home to The Magic Kingdom and all things Disney, a playground of water and theme parks and chances to engage in the Wizarding World of Harry Potter. But after the shooting at the crowded Pulse nightclub in the early hours of Sunday, Orlando will also be remembered as the site of the deadliest mass shooting to date in America’s history.

Armed with a military-style rifle, a handgun and a lot of ammunition, the shooter came to the crowded club to kill. While law enforcement is working to determine the shooter’s exact motive—was it about LGBT people or terrorism or both?—it’s clear that hate was at play.

As a psychologist who specializes in traumatic stress, I find myself asking again: How does the American public make sense of such senseless killings, especially when they seem to be happening over and over and over? And how do we combat such hate?

Until recently, there has been relatively little scientific study on the psychology of hate. In fact, we know far less about the causes and consequences of hate than we do about other psychological phenomena like memory, perception or even love. Hate is a complex emotion that comes in various degrees and forms. But we haven’t invested sufficient resources to fully under its nature, particularly as a percipient to extreme violence.

Here’s what we do know, or at least what we think we know:

People who live with hate often see themselves as kind and loving people. They engage in a kind of bifurcated delusion separating the various aspects of their identities according to the different roles they play. For example, one can see himself as a caring, compassionate individual and act accordingly in that particular role, place and moment. And then go to a nightclub or a church or a school and take up arms against others and not absorb the split into their psyche. This disconnect allows them to separate rather than reconcile these disparate aspects of self. Individuals such as this often don’t see themselves as hateful or evil. Rather many of them view themselves as victims of those they actually persecute.

And hate comes in different forms. In the book The Anatomy of Human Destructiveness, German psychologist Erich Fromm differentiates between rational- and character-conditioned hate. Rational hate means there is a reason for one’s extreme dislike being directed toward a particular person. Character-conditioned hate means that you have chosen to experience and express deep loathing about a person based on some deep-seated prejudice against the group.

This election season one doesn’t have to look far to see and feel extreme dislike or aggressive impulses toward a person or a group of people—Mexicans, Muslims or LGBT people, to name a few groups. Some of us want to believe the superiority of whatever groups we belong to over others.

People with such character-conditioned hate often distance themselves from and demonize others perceived as different than themselves. They use excuses such as “they’re not us,” “they’re an enemy of morality,” “they will surely bring about bad in the world” to justify reasons for doing harm.

The danger in this is bias-motivated violence. It may be individual- or small-group-based, or it may become widespread like genocide. Left in its wake is bloodshed and survivors with physical and psychological injuries, including depression, anxiety and posttraumatic stress.

But the cost falls not only on those left in the immediate vicinity; we all shoulder the burden of such violence. Members of our society who experience such violence are less likely to sustain good interpersonal relationships, have trouble keeping steady job functioning and have higher health care costs—to name a few effects.

What can we do about this senseless hate?

In a special address in response to this heinous shooting, President Obama said: “In the face of hate and violence, we will love one another.”

Unfortunately there is no magic wand to rid the world of hate, no immediate and lasting cure to eradicate this insidious kind of cancer. But decades of research indicate numerous ways to resolve conflict and promote peace. Since hate is learned, it can be unlearned. At minimum, we need to challenge ourselves to remain open and flexible in learning about people who might be seen as different from ourselves. And our institutions—schools, government, media—need to teach and promote understanding and trust between groups, particularly ones that have already fractured by group animosities.

The world and each of its members cannot afford to stay silent in responses to silos or groups of hate. We need to rise up and say that hate is intolerable and unacceptable. If a friend or family member says something hateful, take responsibility and remind them of the common good. Together we can create communities of tolerance and a culture of peace. 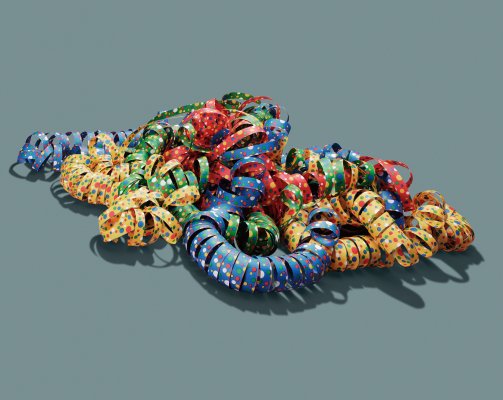 This Is The Best Way to Overcome Fear of Missing Out
Next Up: Editor's Pick