After a season in which speculation over future events has run more rampant than ever, Game of Thrones‘ eighth episode dashed fans’ hopes of two popular theories coming to fruition: Cleganebowl and Lady Stoneheart.

Let’s begin in King’s Landing. As King Tommen announced that trials by combat are now forbidden, he was not only condemning Cersei to a horrible fate, but also destroying the dreams of every viewer hoping to see the fabled Cleganebowl. Knowing Cersei would put the zombified version of the Mountain forward as her champion, many believed the newly resurfaced Hound would show up to represent the Faith, pitting the brothers against each other in a fight to the death. Alas, much to the dismay of fans, it is not to be.

Now, to the Riverlands, where the Hound’s reunion with Beric Dondarrion— the leader of the Brotherhood Without Banners—seemed to finally confirm that Lady Stoneheart will not be making an appearance in the show. As book readers know, Beric sacrifices his life in order to reanimate the corpse of Catelynn Stark following the Red Wedding, an event that would have needed to happen long ago in order to still be plausible. Looks like the Starks will have to get revenge on their enemies some other way. Good thing Arya is coming back to Westeros.

“Battle of the Bastards,” the ninth episode of Game of Thrones‘ sixth season airs Sunday at 9 p.m. EST on HBO. 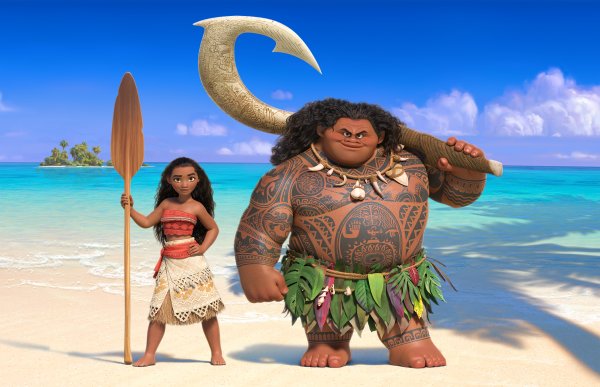 The Rock Is a Polynesian God With a Magical Fishhook In New 'Moana' Trailer
Next Up: Editor's Pick