Love is wonderful, love is joy, love is the greatest thing in the world… Love is also an enormous pain in the ass. Marriage is hard work.

(Older people are nodding right now while young people are probably sticking their fingers in their ears and reciting their favorite lines from “The Notebook.”)

So how do you make love last? What myths about love are leading us astray and what do you have to do to have a loving relationship that stands the test of time?

Jonah Lehrer is the author of Imagine and How We Decide. His newest work is A Book About Love.

A lot of what you’re about to read is very unsexy and very unromantic. Sorry about that. But this isn’t fairy tale time. We’re going to see what the research says makes real relationships last so you can get as close to the fairy tale as possible.

Everyone asks how you got married. Nobody asks how you stayed married. Time to find out the answer to that often-ignored second question…

You want to find the perfect person. You ask, “Do they like the music I like? Do they enjoy the same movies I do?” Um, let’s stop right there…

Ruling someone out because they love Coldplay and don’t appreciate the subtle genius of Radiohead is a bad idea.

And all the online dating websites with their fancy algorithms fail because they’re based on the idea that similarity rules. Here’s Jonah:

Looking for similarity is founded on the belief that if you share things in common, you won’t have problems. But over the course of a lifetime, every couple has problems.

So the only type of similarity that matters for relationships that last is in an area that researchers call “meta-emotions.”

What’s that mean? Thank you for asking. It means how you feel about feelings. You want someone who handles emotions the same way you do. Here’s Jonah:

With long-term relationships you should be less concerned with characteristics that reduce the likelihood of conflict and pay more attention to finding someone who has a similar style of dealing with conflict. Because there is always going to be some.

It’s like aging. You can’t avoid it. So smart people don’t ask, “How can I live forever?” They ask, “What’s the best way to handle it?” Here’s Jonah:

(To learn the 4 most common relationship problems — and how to fix them — click here.)

So there’s going to be conflict but you want to find someone that you can communicate with using a common emotional language. So communication is good. Which leads us to another counterintuitive finding…

Arguing Is Good, Too

Yup, fighting is okay. Even about little things. Yes, really.

Arguing on the first date? Okay, probably not a good idea.

But Gottman’s research shows that 3 years into a relationship, if you’re not arguing at all, you’re much more likely to find yourself arguing in divorce court. Here’s Jonah:

Arguing is not a sign of impending doom, it’s normal and natural. No relationship is trouble-free. So, after years together, not fighting means you’re not communicating.

Some might be thinking, “Romeo and Juliet didn’t argue.” And my response would be…

But Shakespeare killed off Romeo and Juliet at the end of the play so he wouldn’t have to write about the contentious divorce settlement or mention the People Magazine cover describing the vicious custody battle over Romeo, Jr.

Thinking about soulmates and being obsessed with limerence is very romantic. It’s also lazy. It’s the idea that “If I find the perfect person I won’t have to fight, change or do any work.” And that leads to the problem with limerence…

Okay, opposite extreme: what does the research on arranged marriages show? They’re harder in the beginning. But after a few years they’re as successful (and often more successful) than “love” marriages.

Am I saying you should have an arranged marriage? No. Chill out. It’s the underlying lesson here that’s important.

Going into a long-term relationship focused on limerence leads to disappointment. But people in arranged marriages have no such illusions.

They don’t even know the other person. So they’re well-aware it’s going to take effort to make it work. And so they work. And so it works. Here’s Jonah:

Romeo-and-Juliet-style limerence feels great and easy but doesn’t last. Arranged marriages sound weird but they have the right attitude: it’s gonna take some work. But if you do the work, it pays off over the long haul.

(To learn the science behind how to be a good kisser, click here.)

What does a lot of research say produces success in school and career? Grit. Guess what? It works in relationships, too.

Now “grit” may not sound like something you’d praise on Valentine’s Day but that’s just an issue of wording.

Do you want devotion? Loyalty? Someone who won’t give up on you or the relationship? Exactly. (To learn more about grit from leading expert Angela Duckworth, click here.)

Ladies, look for guys with grit. They’re far less likely to get divorced.

Relationships are challenging over the long term. So you want someone who has stick-to-itiveness. Here’s Jonah:

(To learn a Navy SEAL’s secrets to grit, click here.)

Alright, so all these fancy studies have a lot to say. But can they predict who will split up? Yes. And the formula is quite simple…

What Really Predicts If A Relationship Will Last

Just ask a couple about their relationship. Yup, that simple. The story they tell predicts with 94% accuracy whether they will divorce in 3 years.

So what differs between the stories told by the happy couples and the not-so-happy couples? It’s not the content. Again, everyone experiences conflict. But couples with a future “glorify the struggle.” To simplify:

BAD: “We fought. It was awful. In fact, my partner is awful.”

GOOD: “We fought. It was awful but we worked it out and now we’re better than ever.”

It’s how you interpret what happened. Nobody is happy on mile 20 of the marathon. And if the story stops there, it’s not a good one.

But if you pass the finish line, the struggle makes the victory that much sweeter. And those are the stories that happy couples tell.

(To learn the recipe for a happy marriage, click here.)

Alright, we’ve learned a lot from Jonah. Let’s round it up and learn why a relationship that lasts is the key to a happy life…

Here’s what Jonah had to say about how to make a relationship last:

Love is a challenge. But life is a greater challenge. We’d like a sure-thing that guarantees happiness and takes away all the pain. But that’s fiction.

If you’ll excuse a superhero analogy, you need to stop trying to be Superman. He’s invulnerable. But nobody is invulnerable. Bad things happen to all of us. We cannot avoid pain.

You’d be better off trying to be Wolverine. He isn’t invulnerable. But he can recover from almost any injury. You can’t live a life free from conflict but you can learn to cope with the hard times until the good times return.

And what helps you cope with the problems of life better than anything? And makes you successful and happy? “Our closest relationships determine how we respond to the toughest times in life.” Here’s Jonah:

And when Jonah asked George Valliant, who led the Grant Study at Harvard, about these results, what did Valliant say?

“I wrote once that when we are old our lives become the sum of everyone we have loved. That’s still true. I believe it more than ever.” 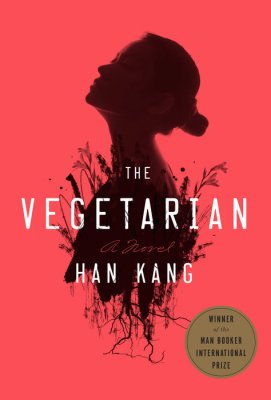 Here Are the Best Books of 2016 So Far
Next Up: Editor's Pick