Why I'm Holding My Nose and Voting to Keep Britain in the E.U.

Are you, like me, finding it difficult to make up your mind on arguably the most important issue the British people have faced since 1973 when we voted on whether to join the European Economic Community?

I was a young Member of Parliament at the time we joined the forerunner of the European Union, and attended the entire five-day debate. I listened to speech after speech from members on both sides of the House, who kept repeating that this was the chance to ensure the next generation would not have to be involved in a third world war. Heady stuff, and utterly convincing as most of those Members of Parliament had served in the Second World War.

However, 43 years later, the landscape has changed. ISIS has replaced World War Three as our biggest defense problem, and the main discussion now centres on whether we can survive financially outside the EU. We can, of course, but that doesn’t mean we wouldn’t be better off remaining a member of the community. So, after some considerable soul searching, I have decided I will vote in favour of Britain remaining as a member of the EU.

Both sides have formidable champions to promote their cause, who have done so with great gusto. However, I confess it hasn’t been the usual suspects in Westminster who have finally drawn me to the Remain camp. The unattractive playground squabbles that both sides have been involved in have been neither enlightening nor edifying, and have not helped either cause.

And worse, the personal attacks within the Tory party may well have lasting consequences. I don’t know on which side Margaret Thatcher would have cast her vote, but I do know the former Prime Minister would have been appalled by the behavior of a handful of men and women who in a few weeks’ time, will be expected to get on with governing our country as colleagues, if not friends.

I have been more convinced by those who could not be described as the usual suspects. I start with the governor of the Bank of England, Mark Carney. And before any of you leap up and down protesting that his office should remain steadfastly neutral in this debate, to you I say drivel, because you wouldn’t have complained if he’d come down in favour of Brexit. Carney knows more about global finance than 99% of the voters, and his is an opinion I want to consider. And he has given an unreserved warning on the economic dangers of leaving.

The second person I take seriously is Field Marshall Lord Bramall, a man who saw combat in the Second World War as a young lieutenant. He says the defence of our country will suffer if we leave the EU. Who am I to argue with his assessment? And then there is former Mayor of New York Michael Bloomberg – who I wish was a candidate for President of the United States – who says unequivocally that it would be better for Britain to remain in the EU. Few know the global economy better, and he certainly has no axe to grind.

I only wish Margaret Thatcher was still alive and kicking, because I would have undoubtedly been influenced by her views, and I have no idea how she would have voted on June 23. Like many others, my heart says out but my head says in. So, reluctantly, I will vote Remain. An imperfect European Union is still better than the alternative. 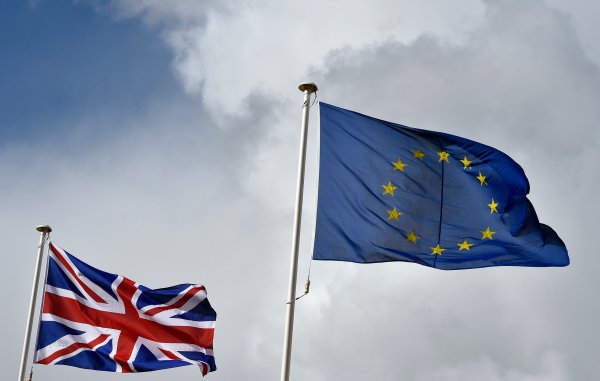