The question is, has this switch to a utilitarian design been worth it? That question has been answered in a new PhoneBuff drop test video.

Even the dreaded face drop – where the phone is dropped screen-down onto a hard surface – didn’t crack the display, which is pretty impressive. Indeed, the Galaxy S7 Active was then entered into the ‘bonus round,’ which involves repeated face drops. After 50 such droppages, there was nothing to show for the ordeal except a couple of minor scratches.

So there you have it. The Samsung Galaxy S7 Active: it’s pretty much indestructible.

Besides being as tough as old boots, the Samsung Galaxy S7 Active is notable for its stamina, thanks to a 4,000 mAh battery. The Galaxy S7 only has a 3,000 mAh cell. Otherwise, the two phones are specced the same.

There’s no news on a UK release date for the Samsung Galaxy S7 Active as yet. 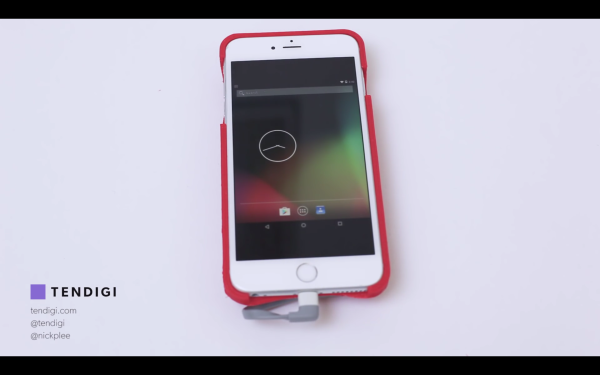 This Case Lets Your iPhone Run Android
Next Up: Editor's Pick