Despite their dissatisfaction with the way the E.U. has handled key problems like the refugee crisis and the economy, a solid majority of Europeans want the Brussels-based institution to take a more active role in world affairs.

According to a new results released by Pew Research Center, an average of 74% across 10 countries surveyed (Spain, France, Italy, Greece, Germany, Sweden, Hungary, Poland, Netherlands and the U.K.) want the E.U. to take a more active international stance. This is in spite of an average of 47% of Europeans in the same countries reporting unfavorable views of the institution, and an average of 56% preferring their countries to handle their own problems.

ISIS and climate change are seen by Europeans as the most serious threats to the continent, the poll found. Nine out of 10 countries and an average of 76% of those surveyed view ISIS as their greatest threat — unsurprising, given less than a year has passed since deadly terrorist attacks by Islamic extremists in Paris and Brussels.

Two-thirds of Europeans say climate change is the biggest threat to their respective countries. Only 49% across Europe view the large number of refugees leaving Syria and Iraq as the greatest problem. But, in Poland and Hungary, 73% and 69% respectively consider refugees a major threat.

The survey found that European countries are afflicted with waning international confidence, with 65% in Greece, 52% in Italy and 50% in Spain saying their countries are less prominent today compared to a decade ago.

Pew’s survey was conducted between April and May 2016 and had more than 10,000 respondents in telephone and face-to-face interviews. 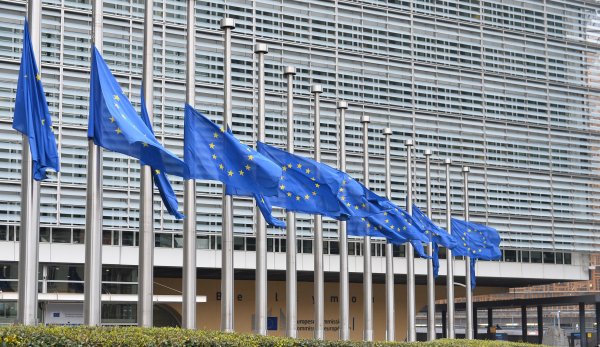 Approval of E.U. Falls Across Europe, Poll Finds
Next Up: Editor's Pick