Iraqi soldiers fire a rocket toward ISIS militants on the outskirt of Makhmour, south of Mosul, Iraq, on March 25, 2016
Azad Lashkari—Reuters
By Rishi Iyengar

A U.S.-led military coalition in Iraq has made further progress in the push to retake the city of Mosul from the Islamic State of Iraq and Greater Syria (ISIS), moving toward a key village to the city’s south on Sunday after having captured another from the extremist group.

Members of the Iraqi force attempting to recapture the city — the largest one under ISIS control — said they had advanced to the village of Haj Ali in tanks and armored vehicles after militants fled the adjacent village Kharaib Jabr, Reuters reported.

“In the beginning they resisted, but when they saw the force they withdrew,” an officer told Reuters.

ISIS has been in control of Mosul for the past two years, since it declared a caliphate across Iraq and neighboring Syria. However, a recent military offensive alongside air strikes by international forces has resulted in multiple setbacks to the terrorist group. 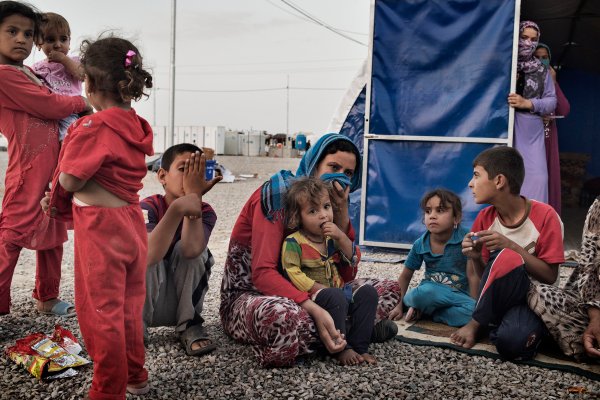 Iraqis Who Escaped From ISIS Tell of Extreme Terror—and Extreme Boredom
Next Up: Editor's Pick