Seddique Mateen—the father of the man police have identified as the suspect in the deadly Orlando nightclub shooting—has hosted a television show in which he shared strong pro-Afghanistan and anti-Pakistan political views.

In one recent video, Mateen, speaking in Dari, appears to be portraying himself as the president of Afghanistan, the Washington Post reports. Mateen also has his own YouTube channel, to which he has posted more than 100 videos, dating back to September 2012.

Mateen—who lives in Florida, according to public records—hosted the show, called “Durand Jirga,” on a U.S.-based Afghan satellite, Reuters reports. The show has partially focused on the Durand Line, a disputed piece of land on the border between Afghanistan and Pakistan. In some of the videos, Matteen expresses support for the Afghan Taliban and criticizes Pakistan.

“Our brothers in Waziristan, our warrior brothers in [the] Taliban movement and national Afghan Taliban are rising up,” he said in one video, according to the Post. “Inshallah the Durand Line issue will be solved soon.”

Read more: What to Know About the Orlando Pulse Nightclub Shooter

ISIS claimed responsibility for the nightclub shooting on Sunday, saying it was “carried out by an Islamic State fighter.” Law enforcement officials also said the suspect, Omar Mateen, called 911 before the attack and swore allegiance to ISIS.

In an interview with NBC News on Sunday morning, Seddique Mateen said the attack “has nothing to do with religion.”

“We are saying we are apologizing for the whole incident,” he said. “We weren’t aware of any action he is taking. We are in shock, like the whole country.” 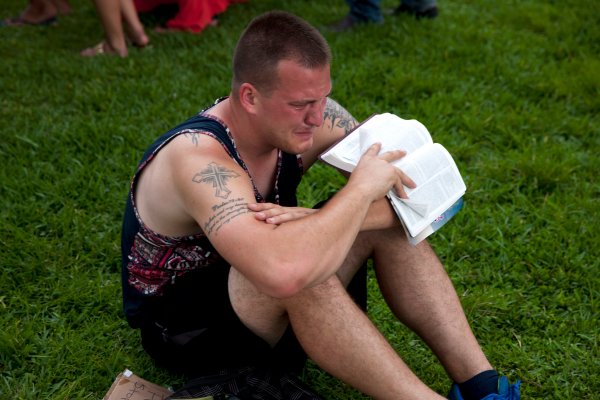