A man was arrested in Los Angeles after he was found near the LGBT pride festival with weapons, ammunition and possible explosives in his car, according to city officials.

Santa Monica police received calls about a suspected prowler near the parade and encountered a man who had weapons and tannerite, an ingredient that could be used to create a pipe bomb, in his car, the Los Angeles Times reported.

Los Angeles County Sheriff’s officials said the suspect told police that he was going to the pride parade to look for a friend, according to the Associated Press. Neighbors alerted police to the man after seeing him knocking on doors and loitering, the AP reports.

Los Angeles Mayor Eric Garcetti announced the arrest Sunday while attending the LA Pride kickoff, where Los Angeles County sheriff’s officials say there is no immediate threat. “This march goes on, we go on, in the face of hate,” Garcetti said.

The FBI has taken over the investigation. It is unclear whether this arrest has any connection to the shooting in Orlando. 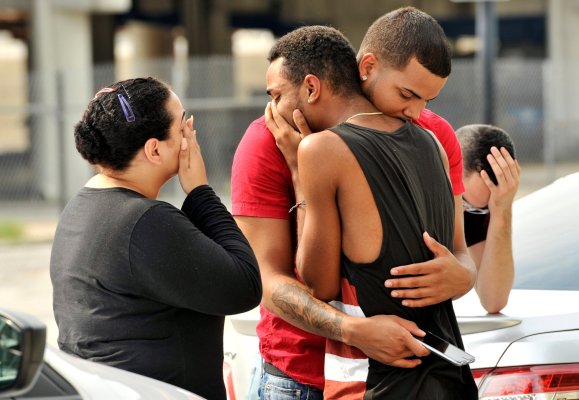 Tony Awards Dedicated to Orlando Shooting Victims and Families
Next Up: Editor's Pick