The Gay Bar as Safe Space Has Been Shattered

If the gunman who shot and killed 50 people in an attack on the Orlando gay nightclub Pulse sought not merely to end life but to sow terror in the LGBT community, he couldn’t have chosen a more apt target.

The worst mass shooting in American history is almost unfathomable in all of its particulars. But the detail of it having happened not just to gay people (by a gunman whose father has spoken out about his son’s dislike of gay men) but at a gay bar cuts to the very heart of a marginalized group’s fears. For decades, gay bars have functioned not merely as watering holes but as gathering places and de facto community centers. They are — or were until Sunday morning perceived as — the ultimate “safe space” for queer people. Sunday morning’s attack didn’t just cut short dozens of lives; it also tore a hole in the very fragile sense of security for gay people in America. What does one do when the place meant as a haven from the world’s attacks is, instead, a target?

Gay bars have occupied their function for decades (a Bourbon Street establishment claims to be America’s oldest, having operated since the end of Prohibition), and have been the object of scorn and occasional violence throughout that time. That violence, like the burning of New Orleans’s Upstairs Lounge, killing 32, in June 1973, only served to emphasize the importance of strongholds where gay people could, yes, drink, but also socialize among themselves and develop their own social mores. In an incident so famous that Barack Obama mentioned it almost offhandedly in his second Inaugural Address, the police raid on the Stonewall Inn in June 1969 helped crystallize exactly what the gay movement was up against—and truly made it a movement. Gay people have fought, through recent history, for incremental steps towards equality, and that fight began at the community center.

But that fight can too often seem, for younger gay people, very much of the last century. What’s noticeable about gay bars in the main is not their status as centers for public political organization but their anonymity. Equality also means the right to a space of one’s own, and gay bars represent a sort of separateness, or freedom from scrutiny, that’s available nowhere else in the culture. Unlike members of other marginalized groups defined by ethnicity or religion, gay people do not grow up in families comprised of people who share their demographic profile. There is, at first, no mother tongue to describe their experience of life, no traditions to bind themselves to the world. Gay bars are where gay people have, historically, found one another to learn that language and those traditions — and to invent them. Being gay is not a religion, but a place in which people come together to celebrate who they are in the face of life’s obstacles could be compared to a church.

By now, of course, the number of spaces in which gay people in much of America can feel basically safe has expanded. But tolerance and acceptance are hardly the same. When traveling to a new city, gay travelers seek out the local gay bar in order to scope out the local culture and to feel, for an evening, welcomed. Lost in stories about the rising tide of equality is the fact that being gay is, still, meaningfully different enough—both in how one is perceived by and in how one interacts with the world—to necessitate a place where one can enjoy being in public but break free of mainstream judgment.

And progress can be stripped away in one chaotic event. The gay bar has gone from the first entry on a long list of places in which gay people can feel basically safe to feeling vulnerable and even dangerous; it’s transformed from a still-hanging-on vestige of the past to the most vital entity in gay America. The world needs places like Pulse — a bar that was founded by the sister of an AIDS casualty in order to help bring the Orlando gay scene together—more than ever. Yes, the old saws about needing to continue to celebrate life in the face of those who’d glorify death do, here, apply; those who want to go out and drink and have fun at a gay bar should, and will. But if there’s to be mourning for people slain for wanting to be gay in public—and there is, across America, in the days and weeks to come—let it happen at places built as bulwarks against the hatred of homosexuality. We can’t abandon them yet.

Correction: The original version of this story misidentified a founder of Pulse. She is Barbara Poma 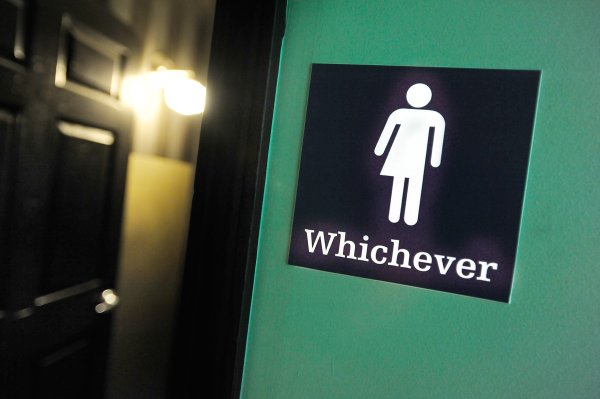 Tweaks to N.C. 'Bathroom Bill' Unlikely to Satisfy Critics
Next Up: Editor's Pick