A gender neutral sign is posted outside a bathrooms at Oval Park Grill on May 11, 2016 in Durham, North Carolina.
Sara D. Davis—Getty Images
By Philip Elliott

Lawmakers in North Carolina are quietly at work to roll back parts of the state’s new law that effectively banned transgender individuals from deciding on their own which bathrooms to use, as well as gutted many state-level civil rights protections for women, minorities and people of faith. However, the minor changes are unlikely to be enough to quiet the outrage that has drawn federal lawsuits from the U.S. Department of Justice.

Officials advising two LGBT groups on Saturday described to TIME proposals coming from Republican lawmakers who control the state House and the Senate, as well as the Governor’s Mansion. State Rep. Darren Jackson, a Democrat, tells TIME the details are accurate.

“It’s really not much at all. It basically says we’re not to fix that,” Jackson said of the law Saturday by phone.

The state representative confirms the latest version of the bill will still keep in place a requirement that individuals using restrooms in public buildings, such as airports and schools, must use a facility that matches their gender at birth. For instance, a transgender woman would have to use the men’s room because she was born a man—or run afoul of the law, known as HB2. The proposal, however, does strike the word “biological” from the rules, meaning a court could rule sexual identity could be apart from biology.

The new proposals will, however, increase penalties for those who commit crimes against people in public bathrooms. Transgender people are victims of harassment and assault in bathrooms at a higher frequency than the general public, but making them use bathrooms that don’t correspondent to their public identity is only going to add problems for these individuals

“By doubling down on this mistake, they will continue to harm residents and visitors as well as alienate businesses who want to see HB2 repealed and replaced with statewide non-discrimination protections,” said Chad Griffin, the president of the Human Rights Campaign, the leading LGBT advocacy group in America.

Added Mara Keisling, executive director of the National Center for Transgender Equality: “It’s simply outrageous that these extreme lawmakers believe that transgender women like me should be forced to use the men’s restroom, and transgender men use the women’s room. They haven’t learned—when you’ve dug yourself into a hole, stop digging.”

Lawmakers have said they plan to adjourn for the session by the end of June, and time is ticking down for them to find a way to remedy the public relations crisis that came when they sent to Republican Gov. Pat McCrory legislation that drew the ire of big business and conservatives for its bathrooms provisions.

Civil rights groups pointed out the law also effectively ended the ability for individuals to sue in state courts for violations of their rights, and unions complained the bill capped the minimum wage. City officials across the state fretted that the state blocked their abilities to pass non-discrimination ordinances and essentially rescinded the one the city lawmakers had passed in Charlotte.

The results put McCrory in the spotlight, and the governor previously he told TIME he felt victimized by out-of-state activists who were coming after him. A special session could be called if a fix isn’t passed before lawmakers break up. “I don’t see that happening,” Jackson said. “Once the session is out, we’re done until January.”

It’s clear this law, as it stands, is going to keep hurting North Carolina’s economy. Lawmakers are offering as a first move the return of civil rights lawsuits in state courts.

Democrats are unlikely to go along with the proposal, set to be introduced as early as this week, because they see it as insufficient. LGBT rights groups also say the new proposal came together without their support. And without LGBT rights groups’ blessing, more than 200 businesses such as PayPal will likely continue their boycott. 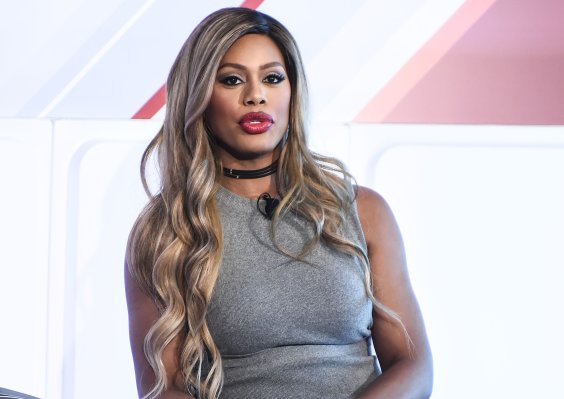