Historic copies of Adolf Hitler's "Mein Kampf" are displayed during the book launch of a new critical edition at the Institut fuer Zeitgeschichte (Institute for Contemporary History) on January 8, 2016 in Munich, Germany.
Johannes Simon/Getty Images
By Katie Reilly

An Italian newspaper is facing backlash after it distributed annotated copies of Adolf Hitler’s “Mein Kampf” with a paid supplement in its Saturday edition.

Il Giornale—a center-right daily newspaper owned by the family of former Italian Prime Minister Silvio Berlusconi—said it decided to distribute the infamous political manifesto in an effort “to study what is evil to avoid its return,” Reuters reported.

Since the promotion, many in Italy have criticized the choice in support of the country’s Jewish community. Prime Minister Matteo Renzi said the decision was “squalid,” Reuters reported.

“The concerns of our friends of the Italian Jewish community, who always have and always will see us by their side … deserve all our respect,” editor-in-chief Alessandro Sallusti wrote in an editorial acknowledging the controversy, according to Reuters.

Read more: Hitler’s Mein Kampf Is Coming Back to Germany

The copy of “Mein Kampf,” which was annotated by an Italian historian, was provided free to readers who purchased the first volume of the newspaper’s eight-volume history of the Third Reich. 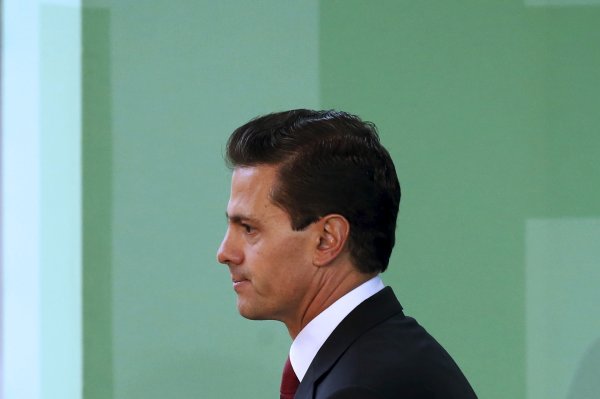 These 5 Facts Explain Mexico's Precarious Politics
Next Up: Editor's Pick