Hillary Clinton’s presidential campaign is spotlighting the controversy over Donald Trump’s now-defunct seminar program, Trump University, with a mock infomercial for the program which is the subject of a class action lawsuit alleging it was a scam.

The biting video released Saturday references recently-released ‘playbooks’ which detailed how sales-people worked to convince potential clients, even those already in debt, to pay for the expensive courses. Advertisements for the programs featured Trump declaring instructors were handpicked by the billionaire mogul, but he later admitted under oath he was not involved in their selection—and the paltry qualifications of some instructors and student complaints are now the center of a court case.

“Step 2: Pay for Trump University at the amazing price of everything you have,” the chipper narrator says.

Trump, who has maintained the “university” was legitimate, and has promised to restart it should he emerge victorious in the ongoing suit, brought the case to the center of the campaign conversation two weeks ago when he launched an assault on presiding U.S. District Court Judge Gonzalo Curiel.

Trump argued that the Indiana-born jurist of Mexican descent was out to get him, and should be disqualified from hearing the case because of Trump’s call to build a wall on the U.S.-Mexico border. Those comments sparked GOP leaders to distance themselves from Trump, including Speaker of the House Paul Ryan declaring it “the textbook definition of a racist comment.”

“We guarantee you’ll give Trump U a glowing review—because we’ll make you,” the ad continues, referencing reports that some of endorsements for the course may have been coerced.

“Trump University was a massive scam and nothing close to an actual school,” a Clinton campaign official said. “Preying on the elderly, encouraging potential customers to max out credit cards and drain their savings, and making trumped up promises about how to profit off of the housing crisis.”

The web video is part of the Clinton campaign’s emerging effort to brand Trump as a “fraud” who sought to make money off the disadvantaged he promised to help — with the innovative spot designed to stand out amid the clutter on social media. 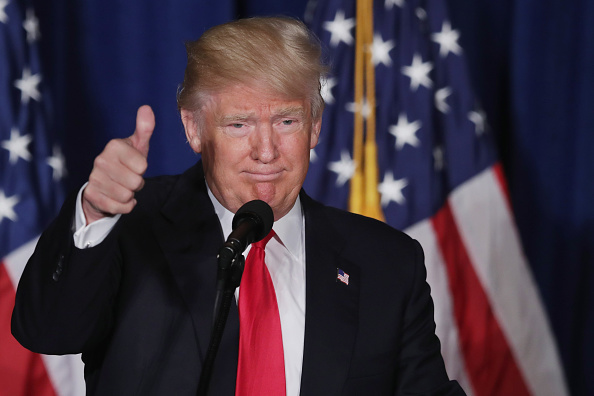