Climate change contributed significantly to the likelihood of the flooding that inundated Paris and other European cities at the end of last month, according to a new analysis.

The research, conducted by scientists in the World Weather Attribution (WWA) partnership, found that the likelihood of a three-day extreme rainfall event had increased by 90% along the Loire River and 80% along the Seine. Results evaluating whether climate change increased the likelihood of rain in Germany were inconclusive, according to the report.

Climate scientists have worked in recent years to develop methods of quickly determining whether weather events can be tied to climate change. A report released earlier this year from the National Academies of Science found that researchers could evaluate the effect of climate change on weather events closely tied to temperature like extreme heat and extreme cold. Drought and extreme rainfall can also be attributed accurately.

The WWA project is a collaboration between Climate Central and a slew of research institutions, including Oxford University and the Royal Netherlands Meteorological Institute. 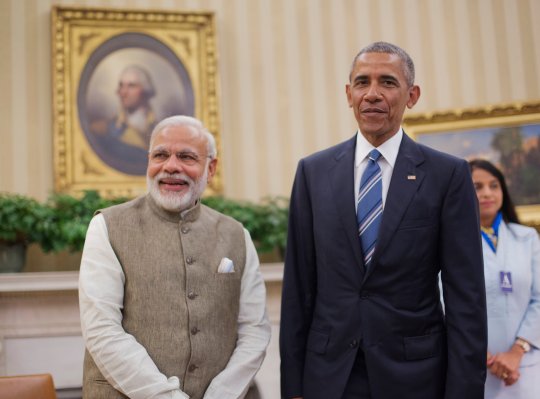 Obama and Modi Must Fight Climate Change Together
Next Up: Editor's Pick