Ideas
By Frank Luntz
Luntz is a pollster and communication advisor. He is conducting focus groups for HBO and Vice News ahead of the 2018 elections.

The polls you’re reading on Brexit—the United Kingdom’s June 23 referendum on whether it should exit the European Union—aren’t telling you the whole story.

While the commentators focus on the horse race, there’s something deeper and longer-lasting happening across the U.K. Brits have become canaries in the coal mine, offering Europe, America and the developed world a glimpse of what is coming in our elections.

That’s why the majority of British voters’ heads may be with Remain, but their hearts are with Leave—and those hearts are winning out in these final days before the vote.

Public sentiment on the ground is evenly divided. In a nationwide survey my firm completed June 8, Leave had 49% of the vote, Remain 47%, and only a handful of voters (4%) remain truly, totally undecided. Anybody who tells you today that they can predict the final outcome is either fooling or fibbing. It is truly too close to call. That, in itself, is an incredible story—given the range and resources available to the ‘Remain’ campaign. If David Cameron’s ulcers were giving him trouble before the Scots referendum, just imagine how many Zantacs he ploughs through today.

The underlying currents are moving in Leave’s favor—and they are doing so worldwide. Having conducted extensive polling and focus groups in the U.S., U.K. and across Europe, it is clear that more and more people have come to reject traditional theory and party orthodoxy, wreaking havoc on the politicians and political structures standing in its way. In Britain, the choice is between whether we want to “put ourselves first,” or “continue contributing to the global community.” In America, the fundamental question for the upcoming election is similar, and just as significant: whether to seek changes at the margins, or blow it all up and start over—in the name of “Making America Great Again.”

Consider also the recent elections in Austria, where the far-right “Freedom Party” came within 1% of capturing the presidency. Or the current polling in France that has national-conservative candidate Marine Le Pen tied or ahead. People may not be taking to the streets, but they are using the electoral process to have their (increasingly extreme) voices heard.

But unlike in America, the underlying issue in the upcoming Brexit vote isn’t clouded by candidates or even political parties. That’s why the outcome of the referendum is so important not just across the English Channel but also across the Atlantic Ocean. This is a pure vote, up or down, on the question of being nation-first or a global participant.

For a majority of the British population, life today is just about getting through the day. They accept that Remain makes sense on a macro level; they get that the Big Guys (multi-national corporations, governments at all levels, political parties, even the media) benefit from The System—and the majority hopes that those benefits will one day trickle down to them. They recognize that abandoning the E.U. requires a level of risk-taking that may not turn out well for the British economy overall. But an increasing number of Brits believe the consequences to the economy are more than outweighed by the feeling (if not the reality) that they are taking control of their country and their destiny once again. After decades of feeling betrayed by the very same people and institutions that are now telling them to support the status quo—to Remain—the public appears ready to take matters into their own hands and demand radical change.

Yet on an individual, personal level, their hopes and dreams are anything but radical. It’s really about simple survival. In our polling, Britons are most worried about:

The side that addresses these very human questions best, wins.

In our U.K. survey, we presented voters with the statements made by both sides, and then asked them whether they agree or disagree with each one. As a general rule, statements need to receive at least 60% agreement to influence voter behavior. The mood of British voters is clearly and strongly anti-establishment, anti-elites, and anti-All-Big-Guys:

“To me, there isn’t much difference between the major political parties in Britain. Maybe they have policy disagreements, but really they’re all about the same thing: protecting their own power and their own careers. They are out of touch, and they don’t fight for people like me.”
Among all voters, 70% agree and 12% disagree with this. Among uncommitted voters, that margin is 67% to 8%

“Britain’s political parties, political institutions, and corporate powers are totally out of touch. They protect themselves, not the rest of us. It’s time for us to restore power to the British people. It’s time to put Britain first. To me, voting to leave the European Union is a good first step.”
Among all voters, 61% agree and 23% disagree with this. Among uncommitted voters, that margin is 58% to 10%.

“I don’t love the European Union, and we need a stronger British position within it. But leaving it entirely leaves us weaker, not stronger. It will remove us from the bargaining table and give power to other countries. Let’s make it better, not blow it up.”
Among all voters, 48% agree and 33% disagree with this. Among uncommitted voters, that margin is 46% to 10%.

“Overall, being part of Europe has had a positive impact on my life. It might not always be obvious, but essential goods are more affordable, and more good paying jobs are available as a result of our economic integration with Europe.”
Among all voters, 40% agree and 31% disagree with this. Among uncommitted voters, that margin is 67% to 8%.

Change a word here and there from the more emotional (and less intellectual, factual) Leave arguments, and they sound just like Donald Trump. Yes, the Remain campaign is making very sound policy arguments, backed by the overwhelming majority of economists, but voters are saying right back: “You can claim it, but we don’t believe it. We aren’t feeling the benefits you promised in our daily lives.” Once again, the heart wins out over the head.

Our survey also uncovered a decaying faith in the future of the European Union in general. Overall, a sizeable 61% of British voters believe the E.U.’s best days are behind it. They no longer embrace the centuries-old mercantilist instinct that has guided both British politics and the British economy. They question, as never before, the benefits of the free movement (of people and capital) upon which the European Union is built. For example, only 51% believe the E.U. helps the British economy overall, and just 39% believe that it helps the average Briton’s personal economic opportunity.

No wonder Leave has been gaining over the past few weeks. And if Brits end up answering the E.U. decision in the negative on June 23rd, how much longer before their European brethren follow suit?

The U.K. rejection of free trade and open borders is a page ripped from Donald Trump’s playbook. The days of bipartisan American support for free trade are gone. Trump captured the vengeful zeitgeist of the struggling middle-class by blaming the politicians, the bureaucrats and the business leaders for bad negotiations, bad deals and bad consequences (for the middle-class, that is). And in a time of continuing economic uncertainty, it works. It could carry him all the way to the White House.

So the momentum is with Leave—and yet the punters and pundits still expect Remain to win. It’s not difficult to see why. In our polling, the Remain campaign’s two best arguments are “leaving will create years of uncertainty” and “we need to keep our seat at the table.”

While this is an intrinsically negative message (“bad things will happen if you reject the status quo and turn away from security…”), it does keep voters in line. Plus, the constitutional nature of the question—that there will not be the opportunity to change your vote in four years’ time—tilts the scales still further in the direction of the status quo. It’s the same “better the devil you know” strategy Cameron used to stitch together his Parliamentary majority last year.

Nobody can truly predict who will win on June 23. But in a deeper sense, it doesn’t really matter. Whether Britain chooses to Remain or Leave, British voters’ trust in the U.K.’s, Europe’s and the world’s institutions will diminish still further, and the us vs. them mentality will continue to rise.

Brexit is the beginning of a debate the developed world is about to have with itself, not the end. 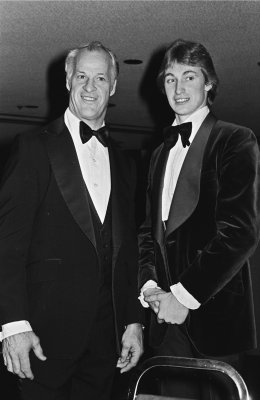 Gordie Howe Was My Idol
Next Up: Editor's Pick