Zoos Are Not Prisons. They Improve the Lives of Animals.

The recent death of Harambe—the Western lowland gorilla shot dead at the Cincinnati Zoo after a three-year-old boy fell into his enclosure—has ignited a fierce debate about the role of modern zoos. Some critics have seized the tragedy as an opportunity to advance an uncompromising anti-captivity narrative in which all zoos and aquariums are inherently unethical and cruel.

To be sure, there are bad actors. The spawning of so-called “roadside zoos”—an exploitative enterprise known for its systematic negligence and abuse of animals—are some of the most egregious cases-in-point. But blunt and sweeping indictments of zoos and aquariums fail to account for how ethical institutions enrich and ultimately protect the lives of animals, both in human care and in the wild.

Responsible zoos and aquariums exist to facilitate and promote the conservation of animals. And the need for intensive conservation campaigns is now more urgent than ever before: Our world is currently in the midst of the “Sixth Extinction,” a term coined by Elizabeth Kolbert in her Pulitzer Prize-winning book of the same name. Unlike the five preceding die-offs, which were precipitated by natural events—such as those that killed off the dinosaurs, exterminating three-quarters of all species on the planet—the current mass extinction is a result of human activities encroaching on wild spaces.

Today’s zoos and aquariums are uniquely positioned to combat those evolving threats. Using robust and sophisticated breeding programs, these institutions fund and facilitate countless initiatives to propagate species and preserve genetic biodiversity, and then reintroduce critically endangered or extinct species into the wild. Consider the Arabian Oryx, a striking breed of antelope from the Arabian Peninsula. The species was hunted to extinction in the wild nearly four decades ago, when the last wild Arabian Oryx was shot and killed in 1972. The Phoenix Zoo helped lead the ensuing breeding and reintroduction programs, which ultimately birthed more than 200 calves from just nine individuals. Now between Oman and Jordan, there are about 1,000 Arabian Oryx living in the wild.

The Arabian Oryx—which has since been removed from the endangered species list—isn’t alone. Breeding programs at zoos and aquariums have since saved numerous other species from extinction, including the European bison, the red wolf, and the Oregon spotted frog.

Even when animals are never introduced into the wild, placing them under human care can still improve the lives of their wild counterparts: Modern zoos and aquariums serve as bases for observation and research, which then helps protect wild animals.

One compelling example is the study of animal infection and disease, currently the subject of numerous ongoing research projects at zoos worldwide. The Zoological Society of London, for instance, is developing innovative methods to assess the risks of animals contracting disease when they’re reintroduced into the wild. Smithsonian’s National Zoo in Washington is leading global research efforts on the detection and treatment of the sometimes-fatal elephant herpes virus, with the ultimate goal of developing an effective vaccine to be administered to the species in both zoo and wild populations. And the San Diego Zoo retains a staff of 20 experts dedicated to the study of treating wildlife diseases that threaten conservation.

Of course, the positive contributions of zoos and aquariums in conserving wild animals cannot—and should not—outweigh the health and well-being of the animals living under the care of these institutions. That’s why American Humane Association is launching a global initiative to elevate the welfare standards of zoos and aquariums worldwide. The Humane Conservation program will be the first third-party certification devoted solely to verifying that animals living in these institutions are healthy, positively social, active, safe, and living with proper light, sound, air, and heat levels. And these standards will be set not by zoos but instead an independent collection of world-renowned experts in the fields of animal science, behavior, and ethics—a sharp departure from most existing accreditation programs, which are vulnerable to accusations of conflicts of interest and leniency.

To some detractors, the humane certification of zoos and aquariums is an oxymoron. But vast empirical and academic research discredits this black-and-white view. Animals in zoos and aquariums today can live longer, healthier, and richer lives than their forbearers ever did in the wild. Go see for yourself. 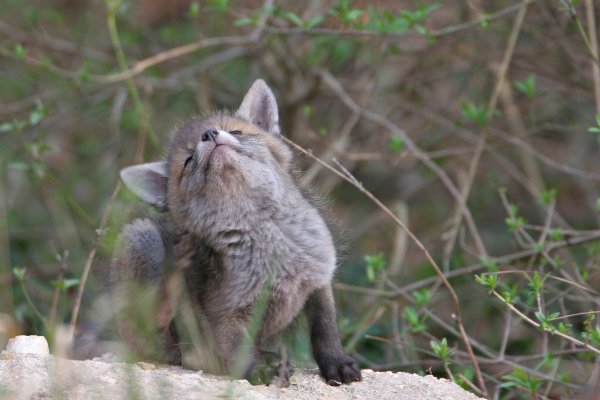 This Baby Fox Is All Of Us On A Monday Morning
Next Up: Editor's Pick