Jimmy Kimmel Threw a Ghostbusters Reunion and Everyone Came

When the stars of the new Ghostbusters film—Melissa McCarthy, Leslie Jones, Kate McKinnon, and Kristen Wiig—stopped by Jimmy Kimmel Live! on Thursday, they thought it was just another stop in the ongoing publicity blitz for the film, which comes out July 17. But Kimmel had something special in store for the stars—a reunion with the OG Ghostbusters crew Bill Murray, Dan Aykroyd, Ernie Hudson, and Annie Potts. (Sadly Chris Hemsworth wasn’t there for a receptionist face-off with Potts, but hopefully Jimmy Fallon will make that happen.)

If fans were excited, so was the cast. Jones was jumping up and down when Murray, Aykroyd, and the rest came out. With that many Ghostbusters in the house, the studio where Jimmy Kimmel records his show was a 1000% ghost-free zone.
When some of the excitement had settled down, Kimmel interviewed both casts. “I feel like a step-father to this whole thing,” said Murray, of watching the film. Watch the full interview here, and keep an eye on Kristen Wiig’s face when Murray notes that the only reason he signed on to be a part of this reboot of the franchise because he “knew these girls were funny.”

The reunion was capped off with a dance party courtesy of Ray Parker Jr.:

Later, Kimmel sat down with the original Ghostbusters to get their take on the new film—and some fan tattoos:

Of course it wouldn’t be a Ghostbusters reunion without the Stay Puft Marshmallow Man. In the clip, Dan Aykroyd tells the origin story of the adorable, edible super villain:

The original cast also talked about the ninja like moves they had to make while filming the movie on the streets of New York, where they ended up having to steal shots: 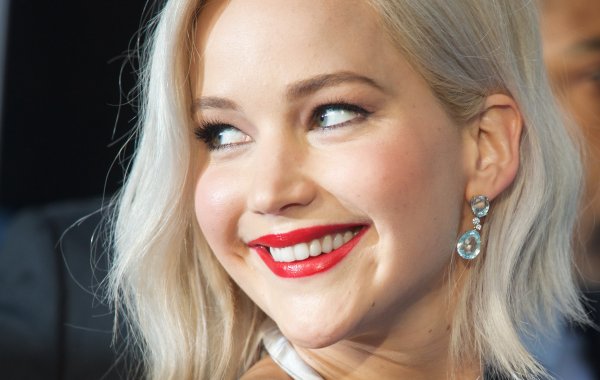