The recent surge in fatal attacks on minorities in Bangladesh saw its fourth victim within this week on Friday, when an elderly Hindu monastery worker was hacked to death by unidentified assailants in the northwestern city of Pabna.

Police said Nityaranjan Pande, 62, died on the spot after being attacked by knife-wielding men while on his customary morning walk, according to Agence France-Presse. He had reportedly worked at the monastery for 40 years and was the head of its administrative staff.

Pande’s is the fourth such killing this week following the murder of a Hindu priest on Tuesday, and is one of nearly a dozen similar attacks by Muslim extremists in the South Asian nation in recent months. Hindus make up about 8% of the Muslim-majority nation, which has seen a steady rise in violence against minorities and secular voices over the past year.

Although no one has yet taken responsibility for his murder, previous attacks have been claimed by international militant groups al-Qaeda and the Islamic State of Iraq and Greater Syria (ISIS). The Bangladeshi government led by Prime Minister Sheikh Hasina, however, insists that the attacks are perpetrated by homegrown Islamist outfits and that terrorist organizations like ISIS have no foothold in the country. 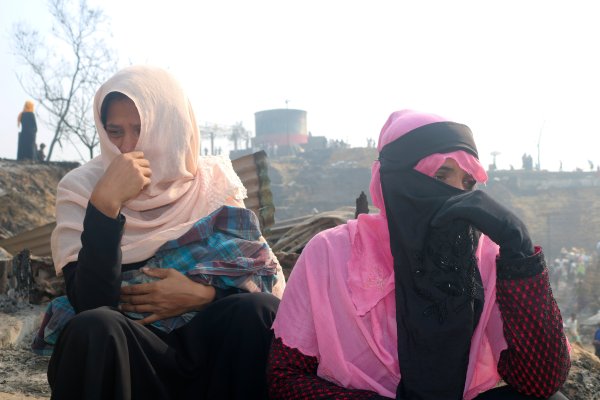