Senator Elizabeth Warren took to the air on Thursday evening and joined Rachel Maddow on MSNBC for an interview that was part diss on Donald Trump and part endorsement of Hillary Clinton.

The progressive Senator’s support for Clinton was anticipated, a political move saved for after the President’s own endorsement earlier that day.

When Maddow asked Warren why she held out so long to decide which Democratic candidate to come out in favor for, Warren answered she felt the primaries were an opportunity for Democrats to show what it means to be a Democrat. She credited Bernie Sanders with helping to spark a nationwide conversation, but spoke about him in a tone that suggested he was no longer a part of the race.

Beside the endorsement, there was plenty of rhetoric about Trump.

Trump, she added, was a “small, insecure bully.”

Warren also denied having discussed being Clinton’s vice-presidential pick for the candidate. But when Maddow asked her if she could do the job, Warren answered yes. 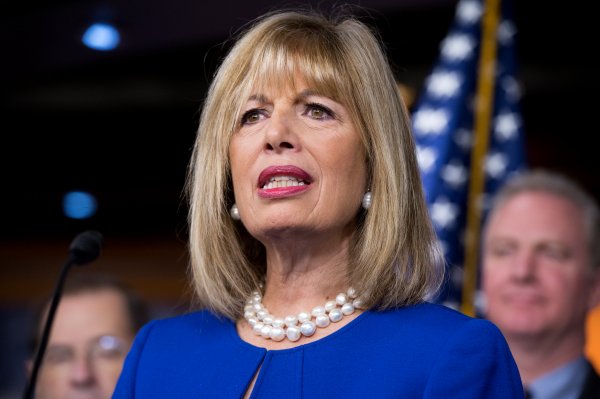