Here's Everything We Know About the 'Destiny: Rise of Iron' Expansion

As expected, Activision and Bungie confirmed the existence of Destiny‘s fourth (and likely final) expansion during a livestream event Thursday afternoon.

Rise of Iron includes the usual array of content updates, so a new Raid, a new Strike, new enemies, patrols and public events, a competitive multiplayer mode, and of course a level cap bump, more weapons, gear and quests. New areas include The Plaguelands and Felwinter Peak, as well as a revamp of The Wall, Destiny‘s starter area.

You’ll need the original game and its first three expansions to use the fourth, plus the company’s dropping support for PlayStation 3 and Xbox 360. That means the $30 expansion will be exclusive to PlayStation 4 and Xbox One players when it arrives this September 20. Activision and Bungie note that PlayStation 4 owners will also have access to timed-exclusive content at launch, though without divulging what the content will be, or how long the exclusivity period is.

But the bullet point the company is hawking loudest is the return of Gjallarhorn, an exotic weapon that wasn’t updated when The Taken King rolled out last September. In other words, the Gjallarhorn we’ll be getting in Rise of Iron won’t be the Gjallarhorn we knew. Players can snatch it either by completing a mission and those who preorder the expansion starting June 9 will get a limited edition black-and-silver version.

“We thought we’d sealed away the plague for all of eternity,” says the new trailer’s narrator, referring to a mutant faction of The Fallen, the franchise’s four-armed foes. Sound a bit like Halo‘s Flood? We’ll see. The story setup (to the extent anyone cares — Destiny‘s not celebrated for its storytelling) involves you fighting alongside “a legend from humanity’s Golden Age.”

Despite a rough launch and persuasive criticism of the game’s slot-machine mechanics, Destiny‘s been a huge success for Bungie. The game currently has some 30 million registered players, says Activision — up from 20 million prior to The Taken King‘s release last September. Rumor had Bungie outing Destiny 2 this year but the company put that to bed last February, confirming a full sequel would arrive in 2017. 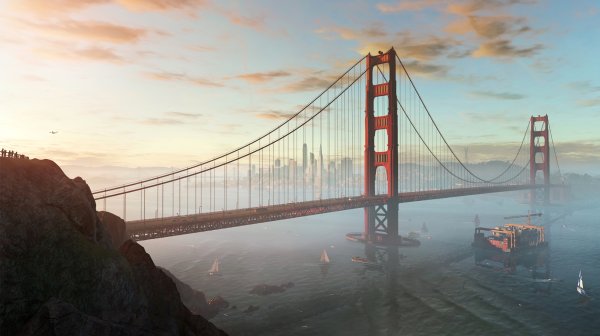 'Watch Dogs 2' Sounds Like the Game 'Watch Dogs' Should Have Been
Next Up: Editor's Pick