Imagine if a child born today learned about Alzheimer’s in a history book rather than in a health class. Or if that child never had to watch a loved one suffer from this terrible disease. These are not far-fetched notions. Americans have consistently defied extraordinary odds to achieve the seemingly impossible. Finding a cure for Alzheimer’s should be no different.

I introduced the EUREKA Act last year, which stands for “Ensuring Useful Research Expenditures is Key for Alzheimer’s” and would establish prize competitions for major research breakthroughs in hopes of sparking a more innovative and competitive approach to treating and eventually curing Alzheimer’s and related dementias. Prizes need funding, but this bill does not ask taxpayers to give more dollars to Alzheimer’s or take away from current research initiatives. Instead, we pay only for success.

Specifically, the EUREKA Act would run parallel to federal research. It would encourage public-private partnerships that could flourish and put the best minds together for reaching important milestones, like the identification of Alzheimer’s biomarkers or the development of methods to detect Alzheimer’s earlier in patients.

Congress has reinvigorated the fight against devastating diseases, like Alzheimer’s, with a 21st Century Cures Act passed by the House of Representatives and a similar proposal awaiting floor consideration in the Senate. These efforts to transform health care and alleviate suffering are ideas that members from every political party can rally around. The EUREKA Act has already earned support from nearly half of the Senate—Republicans, Democrats, and Independents alike.

At the same time, breakthroughs in health care could alleviate major strains on the federal budget and the future of government spending, particularly with the rise of Medicare and Medicaid expenditures. Alzheimer’s is the most expensive disease in the country, accounting for one in five Medicare dollars. These costs are only expected to increase—topping $1 trillion annually by 2050.

I hope we can avoid having to spend $1 trillion and instead find effective ways to prevent and treat Alzheimer’s by 2025—a goal established by the National Alzheimer’s Project Act, signed into law in 2011. Prize competitions under the EUREKA Act would offer an alternate strategy to meet this goal.

These competitions are also likely to spawn additional investments in research and development. For example, more than $100 million was spent in pursuit of a recent $10 million prize for advancements in spaceflight. Nearly a century ago, when Charles Lindbergh flew a nonstop flight from New York to Paris, the $25,000 awarded to him and his Spirit of St. Louis ultimately laid the groundwork for today’s multibillion aviation industry.

Curing Alzheimer’s is our charge for the 21st century. American ingenuity has never shied away from opportunities to make a remarkable difference in people’s lives. Unleashing the power of competition and innovation—finding our “eureka” moment—is a key step toward this success. 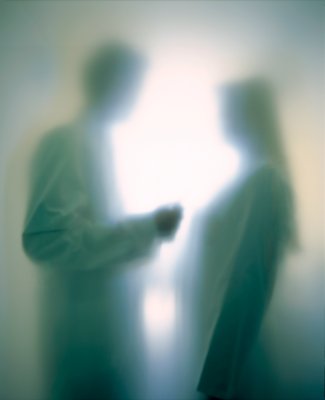 Not Discussing Down Syndrome Complications Is Unethical
Next Up: Editor's Pick