Five Matches to Watch in Euro 2016

It’s not a World Cup summer. You’ll have to wait for 2018, in Russia, for the next one. But 2016 is the next closet thing, with two major tournaments — the Copa America Centenario, in full swing in the U.S., and Euro 2016, which kicks off Friday in France — hosting teams across three continents. The European tournament has expanded, from the traditional 16 teams to 24, which only adds to the intrigue. Here are five Euro 2016 matches you can’t miss:

The last time France hosted a major international soccer tournament — the 1998 World Cup — Les Bleus thrilled the world, and seemed to represent a new, multicultural France. Players like Zinedine Zidane, of Algerian descent, defender Lilian Thuram, born in the French Caribbean island of Guadeloupe, and midfielder Patrick Vieira, born in Senegal, all suited up for the so-called “rainbow team.” But over the next two decades, that unified spirit seems all but lost, as many immigrants faced discrimination in France, causing unrest and riots. The attack on Charlie Hebdo headquarters in January 2015, and the Paris terror attacks in November, have only stoked more fear and mistrust.

In this charged environment, Euro 2016 kicks off with the France-Romania match on Friday at the Stade de France. During the November attacks, a terrorist tried to detonate a bomb inside the stadium during a France-Germany match. In Paris, over 13,000 security officers will blanket two stadiums and patrol zones during the tournament. Even a French football magazine, SoFoot, has recognized the far-reaching impact of this tournament; it’s implored the team to win the title and offer the remède anti-crise (the antidote to the crisis). A deep French run won’t cure the country’s ills, but it can ease the edginess, as sports tends to do.

Read More: France to Kick Off Euro 2016 Under Shadow of Terror Threat

A win won’t be easy. Real Madrid striker Karim Benzema, whom the French Football Federation suspended indefinitely after he was embroiled in a blackmail scandal, is out, and other key players are facing injuries. France faces its first test in the Euro 2016 opener, against Romania, which played to draws with Spain and Italy in friendlies.

It’s rare that two teams with a reasonable shot to win the whole thing meet up in pool play. Soccer fans get such a treat on June 13, when Belgium faces off against Italy. Belgium, which is making its first Euro appearance since 2000, is now the highest ranked team in the tournament and number two in the world, behind Argentina. Belgium is fighting injuries, however, on defense with Manchester City captain Vincent Kompany out of the tournament. Meanwhile for Italy, Andrea Barzagli of Juventus remains an effective defender, even at 35. The Azzurri have lifted two World Cups since 1968 — the last time they won the European championship.

How did Iceland, a country with a population smaller than that of Santa Ana, California, with barely any soccer footprint at the turn of the century, not only qualify for the European championships for the first time, but beat the Netherlands — 2010 World Cup finalists — twice in qualifying play? Essentially, Iceland’s early 2000s banking boom, which cratered during the 2008 financial crisis, funded youth development and it’s finally paying off. The Guardian ran a definitive piece on Iceland’s rise and here’s an excerpt that sums it up nicely:

Iceland’s an easy team for root for. So is Portugal, if you’re one of the millions enthralled by Cristiano Ronaldo, who’s fresh off another Champions League win — and requisite shirt removal — with Real Madrid.

Not that long ago, Spain ruled world soccer. La Furia Roja’s 2008 and 2012 European titles sandwiched a World Cup win, in 2010. Germany, the 2014 World Cup champs, are a safe shot to do something similar. Eight of Germany’s 11 starters from the team that ruined Brazil in the World Cup semis, and defeated Argentina in the finals in Rio, are back for Euro 2016. Thomas Müller is the odds-on favorite to lead the tournament in goals, and keeper Manuel Neuer — the so-called “sweeper-keeper” because of his speed and fearlessness rushing off his line — is world class.

Poland scored 33 goals in qualifying, more than any other country. Striker Robert Lewandowski — no stranger to Germany, as he plays for Bayern Munich — netted 13 of them. Can Germany slow Poland’s attack? Star German defender Jérôme Boateng — Lewandowski’s Bayern Munich teammate who missed three months earlier this year with a groin injury, and got nicked up in a friendly last week against Hungary — insists he’s healthy.

England has never won the Euro title; the Three Lions have made the semifinals twice, most recently two decades ago, in 1996, when it hosted the tournament. The team’s performance at the 2014 World Cup was a disaster: England was eliminated in the group stage for the first time since 1958. But even the most pessimistic English football fan — are there any other kind? — should have high hopes: England won all 10 of their games in qualifying, conceding just three goals. Jamie Vardy (Leicester City) and Harry Kane (Tottenham) finished first and second in Premier League scoring this season, respectively, the first time time two Englishmen have finished in the top-2 in 16 years.

Read next: How to Watch UEFA Euro 2016 Online

All this excitement, of course, will make any disappointment more crushing.

Across the pitch Wales will make its first-ever appearance in the tournament. The United Kingdom competes as one team in the Olympics, but England, Scotland, Wales and Northern Ireland play on their own in global soccer. (Northern Ireland is also making its debut). This has kept Welsh superstar Gareth Bale, for one, out of the World Cup. But now the Real Madrid midfielder gets his chance to shock the world at Euro ’16. Wales is an 80-1 shot to win at all. But remember Leicester City … 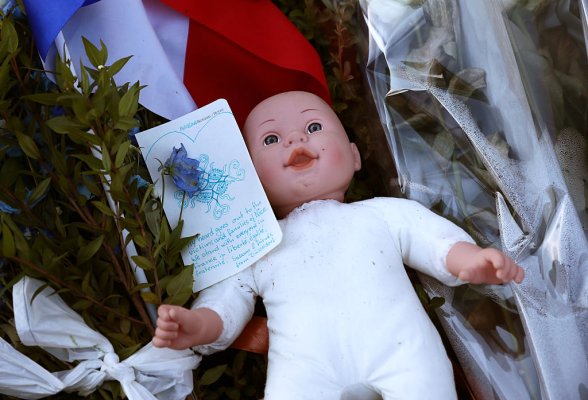 The Desperate Race to Save the Youngest Victims of the Nice Attack
Next Up: Editor's Pick