Serina Vine, who passed away on Saturday at the age of 91, had no known living relatives. In fact, only four people were expected to attend the funeral of the former member of the Navy, who worked in radio intelligence and spoke three languages.

But thanks to thoughtful former veterans and the power of social media, 200 guests showed up to celebrate the life of the formerly homeless veteran at the cemetery for her funeral in Washington, D.C. on Sunday, reports ABC News.

Army Maj. Jaspen Boothe heard about Vine’s passing — and the fact she had no known relatives to attend her funeral — via a Facebook message. Boothe had also been homeless in the past. She spread the word via social media, involving an organization called Ms. Veteran America. The efforts paid off: when Vine was laid to rest with full military honors at the Quantico National Cemetery, 200 onlookers were there to send her off.

Vine was born in California in 1924, according to her obituary. She went on to serve in the Navy between 1944 and 1946, before attending the University of California-Berkeley. She spent the last 20 years of her life at the DC VA Medical Center after her health began to fail her.

“She was an educated woman, she loved to dance and go to church on Sundays,” Boothe told ABC. 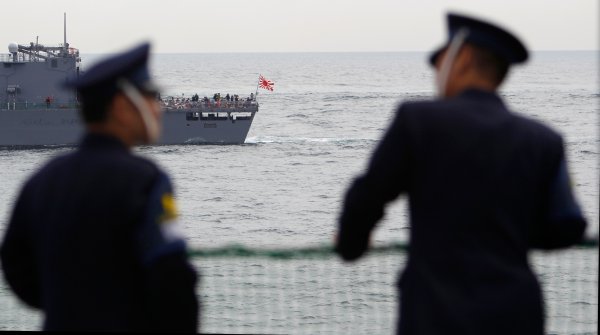 U.S. Navy Issues Alcohol Ban on Sailors in Japan
Next Up: Editor's Pick