Presumptive GOP presidential nominee Donald Trump called for strong measures to address climate change as recently as 2009—a position in direct conflict with his numerous dismissals of the issue as a “hoax.”

Trump’s 2009 stance came in the form of an open letter to President Barack Obama and Congress published in the New York Times. The letter, first reported by Grist, was signed by Trump and other prominent business leaders in advance of the 2009 Copenhagen climate talks that most experts agree ended in failure. Trump’s children—Eric, Ivanka and Donald Jr.—all joined the letter as well.

“We support your effort to ensure meaningful and effective measures to control climate change, an immediate challenge facing the United States and the world today,” the letter says. “Please allow us, the United States of America, to serve in modeling the change necessary to protect humanity and our planet.”

Throughout the campaign Trump has challenged the urgency of addressing climate change using a variety of explanations from saying that the issue was “created by and for the Chinese” and that he believes climate change is merely weather. His energy policy proposals—to the extent that he has any—suggest a similar view. He has promised to “cancel” the Paris Agreement to address climate change and to expand the use of coal.

The letter is not the only inconsistency in Trump’s position on climate. The former reality TV star applied for a permit to build a seawall to protect the Trump International Golf Links & Hotel Ireland from rising sea levels due to “global warming and its effects.” 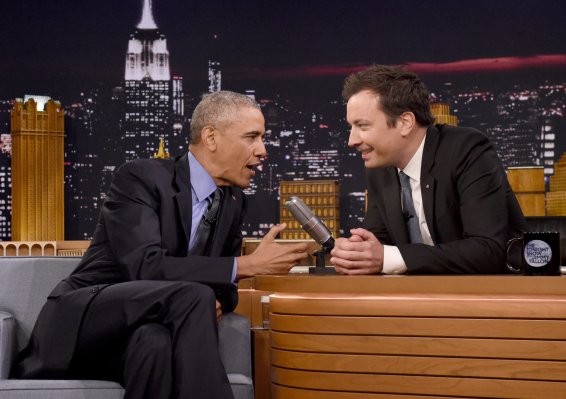 President Obama Worried About the Republican Party
Next Up: Editor's Pick