Attorneys for Bill Cosby are challenging the use of hearsay evidence during a recent preliminary hearing in the comedy legend’s sex assault case and further insist prosecutors are trying to “win at all costs” in papers filed this week with the court.

In court records filed on Wednesday, Cosby’s defense team argues it should’ve been afforded an opportunity to cross-examine their client’s accuser, Andrea Constand, who claims she was drugged and sexually assaulted by the comedian in 2004.

The filing claims prosecutors relied heavily on Constand’s allegations as well as Cosby’s own statements to police when convincing a judge to send the case to trial.

While Pennsylvania’s Superior Court has determined hearsay testimony can be presented at preliminary hearings, the state’s Supreme Court has indicated that in a separate case, that such an issue may be re-examined.

Cosby has denied Constand’s allegations as well as similar allegations from more than 50 women.

In previous statements to authorities and in depositions he gave for Constand’s civil suit against him, which he settled in late 2006, Cosby, 78, insisted the sexual contact between the two was consensual.

Constand, who revealed she was gay in court filings last summer, says it was not and that she was in a relationship with a woman at the time.

The petition from Cosby’s attorneys seeks another preliminary hearing scheduled or, conversely, a dismissal of the charges.

“Today, in Commonwealth v. Cosby, Mr. Cosby filed a Petition for Writ of Habeas Corpus requesting an order dismissing all charges against him or alternatively ordering a new preliminary hearing at which Mr. Cosby is permitted to confront and cross-examine his accuser,” reads a statement from Cosby’s legal team.

“The Commonwealth’s reliance solely upon hearsay evidence to establish the elements of the charged offense, without providing Mr. Cosby an opportunity to confront and cross-examine his accuser, violated Mr. Cosby’s confrontation and due process rights, as provided by the United States and Pennsylvania constitutions,” the statement adds. “In this case, from its inception, the District Attorney’s office has stretched the rules to the breaking point at the expense of Mr. Cosby’s rights. We look forward to the court righting this wrong by providing the relief requested.” 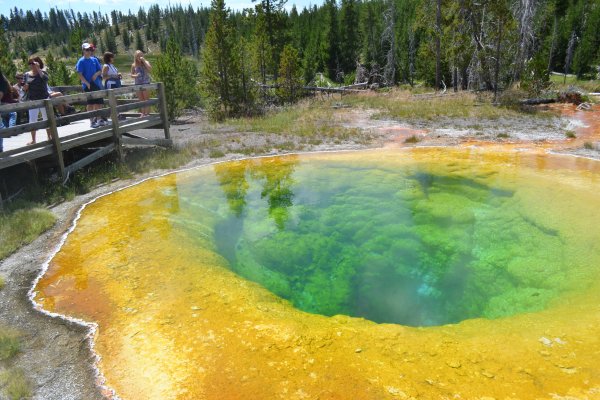 Man Confirmed Dead After Fall in Yellowstone Hot Spring
Next Up: Editor's Pick