White House: Bernie Sanders Can Decide His Future 'On His Own Schedule'

President Obama shuttled off to New York on Wednesday afternoon for a series of fundraising events and a stop at the Tonight Show with Jimmy Fallon, leaving pundits speculating about whether he would use the opportunity to weigh in on the Democrats’ increasingly acrimonious primary battle.

The afternoon trip to the Big Apple could have given the President his first official opportunity to go all in for the now-presumptive Democratic nominee, his former Secretary of State Hillary Clinton, with the Tonight Show stop allowing Obama to reach out to the young voters who have sided with Sanders throughout the primary.

But on the short flight from Washington, D.C. to New York, White House Press Secretary Josh Earnest shut down the idea that a formal, public endorsement would come before the President’s meeting with Sen. Bernie Sanders of Vermont later in the week. President Obama will meet with Sanders shortly after 11 a.m. on Thursday, according to Earnest, at the request of the Sanders campaign.

“I do not anticipate any formal announcement of an endorsement in the race for the president in advance of his meeting with Senator Sanders tomorrow,” Earnest told reporters in the White House press pool during the flight. “That certainly would include the conversation the president expects to have with Mr. Fallon.”

Even after that meeting occurs, the White House has suggested that it won’t force the issue. In an interview with CNN on Wednesday, Vice President Joe Biden urged those looking toward the general election to allow Sanders to make a decision about the nomination fight at his own pace. “It’s clear we know who the nominee is going to be,” Biden said. “I think we should be a little graceful and give him the opportunity to decide on his own.”

Later on Wednesday, Earnest delivered a similar statement to reporters on the plane. “At this point the president believes that Senator Sanders has more than earned the right to make his own decision about the course of his campaign and the president is certainly respectful of that,” he said. Earnest added that the president “certainly understands the emotions and personal investment that’s required to mount a campaign” and that Obama is “respectful of that personal investment.”

“When you have performed as well as Senator Sanders has, he certainly exceeded everybody’s expectations, possibly even his own, in terms of the support and enthusiasm that he would generate and carry all across the country, he’s earned the opportunity to make these decisions based on his own thinking and based on his own schedule,” he said.

While an explicit endorsement may not be forthcoming, the fundraising stops in New York do provide Obama with an opportunity to address donors just one day after Clinton clinched the nomination. The President has used previous closed-door fundraisers to hint that the time has come to unify around Clinton.

A report from the New York Times in March revealed that Obama told donors in Austin that it was nearing time for the Democratic party to unite around one candidate. Now that Clinton is the candidate voters have chosen to represent the Democratic party in the convention, Wednesday evening’s fundraisers may foreshadow the final shift in the president’s message.

Most Popular on TIME
1
Third Wave of COVID-19 in U.S. Is the Worst
2
Why Trump's Re-Election Is Likely Hinged on Florida
3
Amazon’s Pandemic Conspiracy Thriller Utopia Is the Wrong Show at the Wrong Time 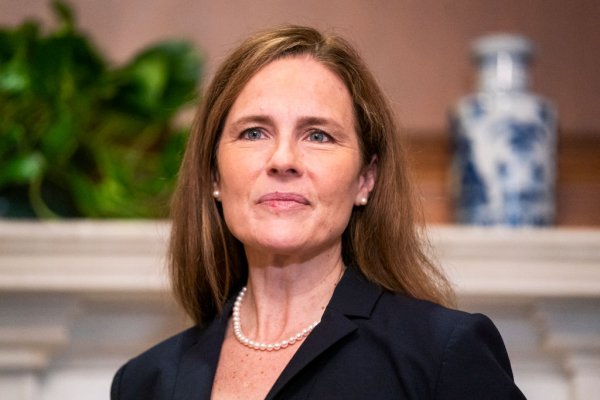