Ali, the 2001 Muhammad Ali biopic starring Will Smith in its title role, will return to theaters this weekend for a limited run following the death of the boxing great, reports Variety. The film, released when Ali was 59, grossed $87 million worldwide and garnered two Oscar nominations, one for Smith as lead actor and another for Jon Voight, who played sports journalist Howard Cosell, as supporting actor.

“With the passing of Muhammad Ali, we have received many requests for this film to return to theaters, in celebration of his life,” said Sony’s president of worldwide distribution, Rory Bruer. “The film truly honors everything that made Ali one of the central figures of our time, a man who commanded his sport but whose personal faith and principles made him mean so much more.”

Smith, who considered Ali a mentor and a friend, will be a pallbearer at the heavyweight champion’s funeral on Friday in Louisville, Ky. 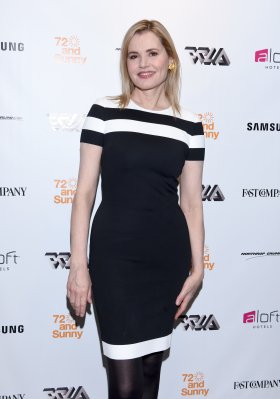 Geena Davis Is Producing a Documentary About Gender Disparity in Hollywood
Next Up: Editor's Pick